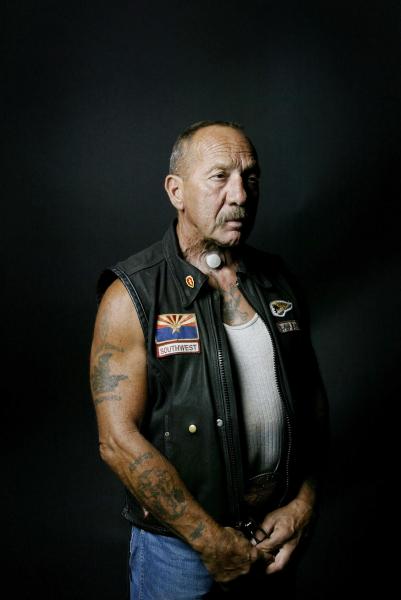 Sonny Barger, founder of the first American group of “Hells Angels” – an association of bikers with a sulphurous reputation -, died at the age of 83, according to a statement published Thursday on his official Facebook account.

For decades, Mr. Barger has been the public face of these biker clans in blue jeans and leather jackets, representing an iconic section of the counter -culture of the United States.

“Know that I died peacefully after a brief battle with cancer,” the statement said, written in the first person. “I had a long and beautiful life filled with adventures. And I had the privilege of being part of an extraordinary club.

Stout, tattooed, muscular, both brawler and braggart, actor or bandit depending on the circumstances, Sonny Barger was a man of all excesses, from alcohol to hard drugs. His varied run-ins with the law earned him years behind bars, a dark and rebellious face to contrast with his entrepreneurial talents.

Sonny Barger was present in 1969 at the famous Rolling Stones concert at the Altamont festival, where the Hells Angels had been recruited to provide security. Meredith Hunter, a bystander who brandished a handgun there, was fatally stabbed by a Hells Angel, a scene appearing in the famous documentary “Gimme Shelter”.

Born in 1938 in Modesto, California, it was in this state that this former mechanic with a troubled childhood created in 1957 the “chapter” of the Hells Angels of Oakland, in the suburbs of San Francisco. The place will become the headquarters of this organization halfway between white fraternity and gang.

Moving in roaring bands sometimes referred to as “hordes”, long hair flying in the wind, sniffing Harley-Davidsons and custom choppers with high handlebars, the Hells Angels from the start caused fear wherever they went.

Many other chapters will open elsewhere in America and on all other continents, bringing together thousands of members. A success led by Sonny Barger, an ardent promoter of the brand and its logo displayed on products ranging from T-shirts to sunglasses.

Officiating as a consultant on film sets of bikers, the Californian married four times also wrote novels and a spicy-toned autobiography that became a bestselling book.