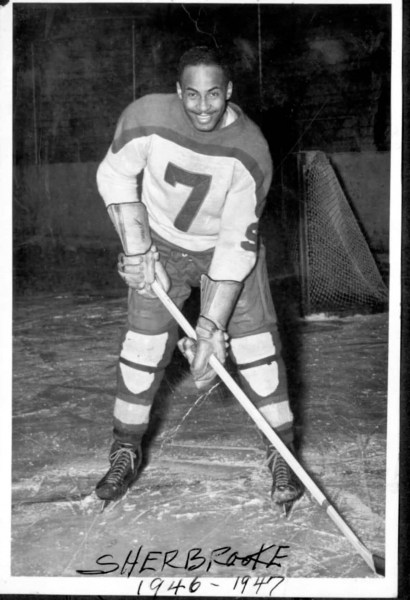 TORONTO | After several years of waiting, the Hall of Fame will open its doors to Herb Carnegie on Monday evening. When we read about his career, we realize that Quebec had a major impact on his career.

To this day, he is still considered the best player of color to ever play in the NHL.

And it wasn't a question of skill. In the 1940s and 1950s, Carnegie was unable to achieve his dream of playing in the NHL due to the color of his skin.

While he wore the colors of the Toronto Rangers in the Junior A league, Carnegie played and practiced at Maple Leafs Garden in 1938.

The Rangers coach takes his player aside. He points to Leafs owner Conn Smythe sitting in the stands. “He said he would give $10,000 to whoever could turn Herb Carnegie into a white person. »

Devastating words for the athlete. The Maple Leafs were his favorite team growing up. Carnegie then turned to senior hockey.

After a few unsuccessful attempts, Carnegie ended up in the Quebec Senior League.

With his brother Ossie and Manny McIntyre, he formed the first line composed entirely of black players. They played together with the Shawinigan Cataractes and the Randies/Saint-François de Sherbrooke between the 1944 and 1949 seasons.

Carnegie had won the scoring championship and the title of league MVP Quebec in 1947, 1948 and 1949. He had an invitation to camp with the New York Rangers, but was only offered a minor league contract despite his excellent performances.

By the Subsequently, he wore the colors of the Aces of Quebec with a certain Jean Béliveau. They joined forces to win a championship in the 1952-53 campaign. He ended his career after the following season.

Ten years after his death at the age of 92, Carnegie will receive the recognition he deserves. He will enter the temple in the category of builders.