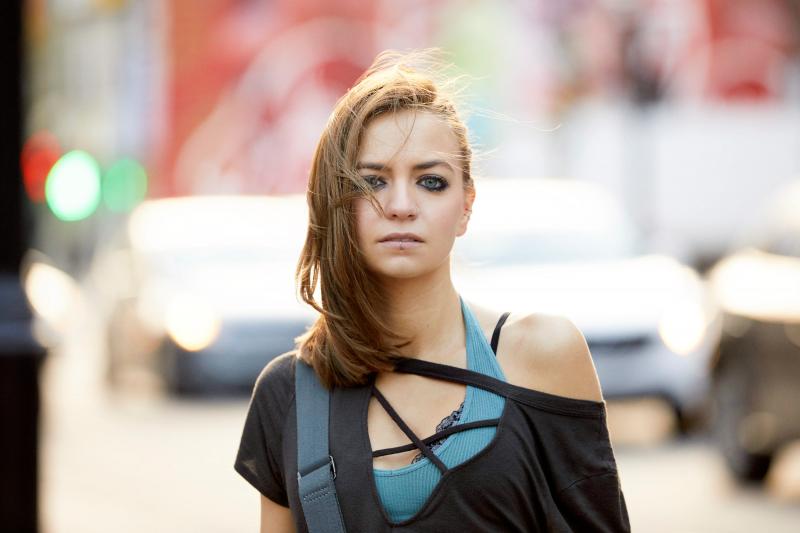 Even without the enviable budgets of certain countries, Quebec stands out more and more for the quality of its television productions and the plots they cover. We recognize the talent of our creators, the originality of the texts, the singularity of our proposals. Quietly, Quebec extends its tentacles on the screens of the world. Let's celebrate a few of his successes chosen from the many local productions that have an international impact.

This spring, Slovakia became the 30th country to acquire the popular format. Proof that 25 years after its creation, the stories of couples do not run out of steam and that from one territory to another, we recognize ourselves in it. Guy A Lepage was right with his humorous sketches of everyday life together. France, Greece, Hungary, Spain, Israel, Abu Dhabi, Ukraine, Kazakhstan, Mexico, Sweden and so many others had their Guy and Sylvie.

Nothing crosses borders better than wordless jokes. For 20 years, the gags inspired by hidden camera shows developed by Pierre Girard and Jacques Chevalier have been making the world laugh since more than 150 countries have acquired them, in addition to a hundred airlines. Difficult to miss the format since it is still regularly broadcast on our airwaves. On YouTube, the gags channel reached more than 10 million subscribers in 2020. It even has more than 6 billion views.

This punchy series that describes the horror experienced by parents when their youngster decides to commit a killing in a school leaves no one indifferent. And this is a subject that worries many territories in the face of the rise of this kind of event. The series was acquired a few weeks ago by the distribution company Olympusat, which thus opens up the possibility of it being seen in a hundred countries in its original version or dubbed into French or Spanish, reaching both the United Kingdom and Mexico or Latin America. Note that the United States, Norway, Australia, France had already acquired it.

The series created by Martin Petit in 2013 has been adapted by the Americans. These fishing stories, which featured the comedian and his friends visiting his cabin, revolve around the stand-up Bert Kreischer. The American experience, Petit has already had it thanks to the adaptation of the film Starbuck. While acting as executive producer, he accepted that we leave more room for improvisation in this version. The Cabin is on Netflix and made it into the top 5 most-watched series when it was released in 2020.

There are several dance competitions, but this one, designed by us, has the particularity of making a freeze frame in a spectacular moment captured by 128 cameras spread over 360 degrees. It also has a very human character thanks to the bond that its host, Sarah-Jeanne Labrosse, forges with the artists. France, Spain, Lithuania, Russia and even China have adopted Dance Smash.

Just recently, we learned that these well-cooked dishes, hosted by Patrice L'Écuyer for 12 seasons, had just interested the Italians. An Italian version will therefore pay tribute to its “dead” celebrities.

It's been ten years since ComediHa developed this utterly absurd wordless sketch show. The characters are delusional, the situations improbable. Everything to make you laugh without the language barrier. The format is presented in more than 130 countries. As it is not an adaptation, Réal Bossé, Martin Drainville, Sylvie Moreau, Antoine Vézina are recognizable to the other end of the planet, from Thailand to Finland, via Kenya, Lebanon and Italy…

Fabienne Larouche changed the way of doing daily with 30 lives. She took a more raw and realistic look at the school, at the reality of her students, gave a frank voice to the teachers. In each season, the emphasis was on a new class, a new discipline influencing in some way the approach to addressing the issues of these young people. France was seduced and adapted the series. Starting with the season of Vincent Picard, the history teacher deployed in six episodes. More than 3 million viewers followed him on France 2 last year.

Fullt hus, is the title of the Swedish adaptation of this charming comedy in which a couple, embodied in our country by Catherine-Anne Toupin and Antoine Bertrand, decides to return to live with the woman's parents. A sympathetic vision of these young people who go back to their parents and those who must relearn not to be alone.

There are Y's everywhere. Y fans of reality TV in love. Ys who spend all their time on social networks. Ys who follow Youtubers. Germany is one of the countries that took an interest in the phenomenon skilfully scripted, with humor and benevolence, by Marc Brunet.

The nuclear family that won the hearts of Quebecers between 2008 and 2015 brought people together in front of their televisions all over the planet. Spain, Greece, Israel, Poland, Russia, Turkey and France are among those who fell in love with these vignettes of the daily life of an ordinary and endearing family.

Created by Jean-François Asselin and Jacques Drolet, this format with an original story of which all the seasons are independent took advantage of its presence in foreign festivals to get noticed by France (on TF1), but also by Spain. , Germany, the Netherlands. An English-language adaptation is currently filming for the CBC Canadian market.

Martin Matte has engaged 2 million fans in his fake daily. The format was popular and the French adapted it to their sauce with Franck Dubosc. The bite of the proposal also allowed sales in Finland, the United Kingdom, Ireland and Italy. Even an American producer has acquired the rights.

The authors of this series, Bernard Dansereau, Annie Piérard and Étienne Piérard Dansereau were visionaries in a way. They painted the disaster scenario of the consequences of an epidemic. The series aired just weeks before we fell into lockdown ourselves. The Turks acquired it and the Russians even saw Julie Le Breton in a dubbed version.

Dealing with a subject that is unfortunately still very topical, this series by Michelle Allen, which has reopened many cases, has been adapted in France on TF1. It starred in particular Sylvie Testud and Michaël Youn.