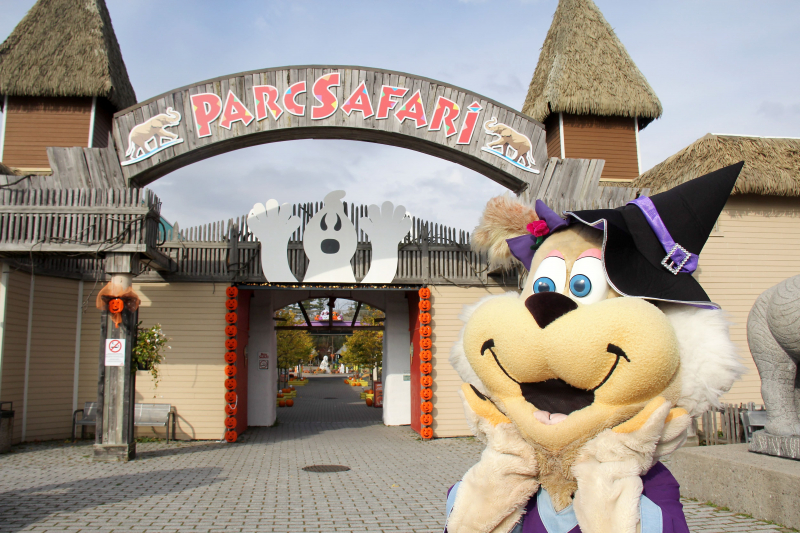 If in many haunted houses the horror is pushed to the extreme, there are still places where the level of fear is more suitable for families, depending on the age of the children. In several sites, zones are defined accordingly. Parents be the judge.

Here are some great family-friendly locations for Halloween. Children are invited to dress up.

La Belle de Coteau-du-Lac, a haunted farm and maze on the West Island of Montreal.

As part of its Festiv’Halloween, the Coteau-du-Lac farm, west of the island of Montreal, welcomes children (Saturday afternoon) to its haunted corn maze. The little monsters are invited to pick pumpkins and popcorn.

In the evening, the labyrinth is invaded by gloomy characters. Teenagers looking for strong emotions may be tempted to go see the Cursed Domain where there are old farm buildings inhabited by macabre beings. Fun fair with games and music.

It's in a setting of witches , ghosts and pirates that we visit the zoological garden. Among the pumpkins hidden on the site, there is one that you absolutely must find: the golden pumpkin. A clue sheet is given at the entrance.

The journey of the footsteps of wizards, at the Botanical Garden of Montreal.

The Great Greenhouse has become the refuge of the Sorcerer Kalbacius with his strange creatures. We discover the vargouilles tunnel, a strange scarecrow and a spectacular ghost tree. At the Reception Greenhouse, a bewitchment course allows you to experiment with magic potions with plants.

Outside, children have fun on the Sorcerer's Footsteps Trail, lined with pumpkins of various shapes. Young people can also take part in the bewitched hunt to find the creatures that escaped from the hands of Kalbacius

< p>Halloween is a great excuse to visit the animal park. Cobwebs, scarecrows and pumpkins put us in the mood. Mascots enliven the premises. By the way, several animals were entitled to gourds or pumpkins for the occasion.

At the foot of the mountain, you rub shoulders with gnomes, witches and other creatures in the Enchanted Forest. The whole family is invited to a pumpkin hunt. Farm animals. Inflatable games.

Up there in the evening

At Arbraska adventure park, at Mont Saint-Grégoire, the Uplà course lights up in the evening. Labyrinth of nets suspended on a giant trampoline. For adults, teens and children aged five and over.

Alain Demers is the author of the book Rediscovering Quebec: 101 destinations, published by Éditions du Journal.