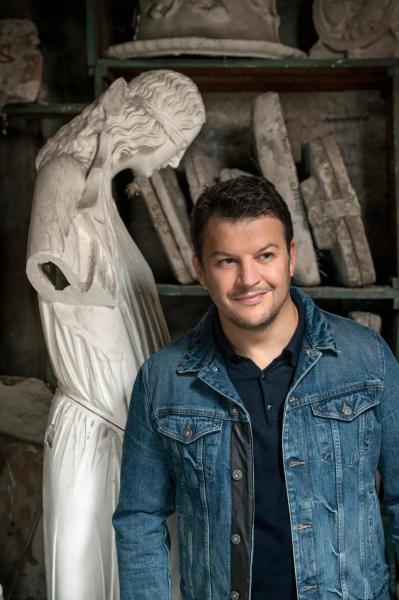 Always faithful to the appointment, each time excellent, the French writer Guillaume Musso is launching his 20th novel this fall, Angelique. In bookstores from September 20, this extremely well-crafted suspense begins at Christmas, in 2021, in a hospital in Paris. Hospitalized after a heart attack, ex-policeman Mathias Taillefer realizes that a young student, Louise Collange, is playing the cello at his bedside. The young musician who volunteers with patients asks her to investigate the death of her mother, an ex-ballerina who died in strange circumstances. Without knowing it, they both engage in a deadly spiral.

Here is an excerpt authorized by the Calmann Levy publishing house… just to wait until the book comes out. Watch for the publication of the interview with Guillaume Musso in the weekend notebook of the Journal next Saturday!

Left alone with Grandpa Brossard, Taillefer looked at his watch: it was not yet four o'clock in the afternoon and it was already almost dark. He put his hand to the level of the large scar that split his chest in two. Five and a half years that he lived with the heart of another. Over time, the scar had lessened, as the fear grew that one day his spare heart would let go. He closed his eyes.

The day before, near the hives of Parc Montsouris, he had thought his time had come. He had suddenly felt an intense burning in his chest and then the impression that a vise was compressing his heart. The pain had radiated to his jaw and made him stagger, nauseous, gasping, as if he had just run a middle-distance race. He had only come to his senses in the ambulance that was taking him to Pompidou.

If the first examinations and analyzes had been rather reassuring, the fear did not leave him. The hospital paralyzed him. Its sinister atmosphere, its disgusting food, the infantilization of the patients, the plastic gun in which you had to pee, the high risk of getting a nosocomial infection. He couldn't get rid of the visceral conviction that sometimes you went in for a trifle and that you came out with your feet first.

Taillefer came out of his torpor. Louise Collange was waving a paper bag in front of her.

— I got you some raw vegetables, it's better for your health, she announced, taking out a salad in a tray. < /p>

– Are you kidding me? Why did you do that? I asked you for salmon or…

— Calm down, raw vegetables are for me. Here's your sandwich!

He glared at her – not the kind of joke that made him laugh – and grumblingly unwrapped his snack.

— Don't feel like you have to keep me company, he warned her as she settled into the chair next to him.

—Is it true you're a cop? He frowned. It was going to be a long day.

— Who told you that?

— I heard the nurses talking about it. They say you work for the Crime. Taillefer shook his head.

—That was in another life. It's been five years since I left the police.

— It's young for retirement.

— That's life, he replied, biting into his Swedish bread.