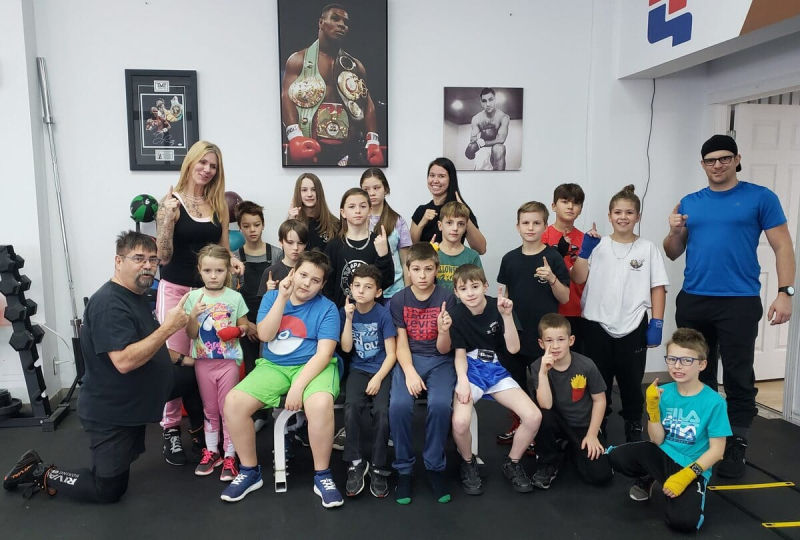 Boxing has transformed the lives of four autistic children in Quebec City. Thanks to the group training, these young people aged 9 to 11 have gained confidence. Now they can say that, like everyone else, they play a sport and are part of “the gang “.&nbsp ;

Every Saturday morning, Ryan Beaudoin, Alexis Bonneau, Antoine Fiset and Adam Dubé have ants in their legs. They prepare in advance and above all do not want to arrive late for their class at the premises of the Val-Bélair Boxing Academy.

For years, they have seen their colleagues from class playing hockey, soccer and many other sports.

Due to a lack of coordination and a difficulty in social adaptation, they cannot join these teams, but now it is their turn to surpass themselves and dream.

“He's proud of himself, his idol is Rocky,” say Adam's parents, Bryan Dubé and Marie-Christine Lavoie.

The most beautiful smile

At 10 years old, Adam is the one who opened the way. Last March, his mother “dared” to ask the owner of the Academy, Bruno Essiambre, if her autistic child could join the group for spring break.

Adam Dubé with his trainer Bruno Essiambre in the arena of the Val-Bélair Boxing Academy.

The coach consulted relatives who are health professionals before accepting and it was the beginning of a great experience.

“I took him under my wing [. ..] And since parents have seen a big difference. A lot less video games and he's going to play outside. He is much more active”, says the one nicknamed “Coach B”

The young boxer quickly rose through the ranks. He even fought his first fight in October in the “fun boxing” category, which allows young people to learn in a safe environment, without blows to the head.

“When the referee raised his arm, I've never seen my child with such a beautiful smile, ”says Adam's mother with stars in her eyes.

The parents we met are full of praise for the Academy and the coaches. Everyone is unanimous: their children now have better self-esteem, which makes a difference in their daily lives.

Ryan, 10, also suffering from a degenerative disease that weakens his muscles, has was able to spend Halloween for the first time without a wheelchair.

Ryan Beaudoin practices his jab in the glove of his sidekick Antoine Fiset in front of trainer Megan Gregory at the Val-Bélair Boxing Academy.

“It's a great victory […] He went through the houses for an hour, fifteen minutes and he was not tired,” says mother Véronique Arsenault.

More Ryan now walks to school without stopping on the way and participates in 80% of physical education activities. Before, he had to deprive himself of half of the activities offered by his teacher.

For her part, Laurence Diotte was desperately trying to get her son Antoine moving. He wanted to play ball hockey like his sister, but he couldn't due to a lack of movement coordination.

9-year-old Alexis learns to keep his hands high with his coach Kathy Arsenault during Saturday practice.

“What does her the most good is to have her place and not always be confronted with her difference”, she mentions.

Same speech for Geneviève Bédard since Alexis, 9, now practices his sport like his brothers.

“It's not always easy to have friends and here [at the Academy] they can make friends. »