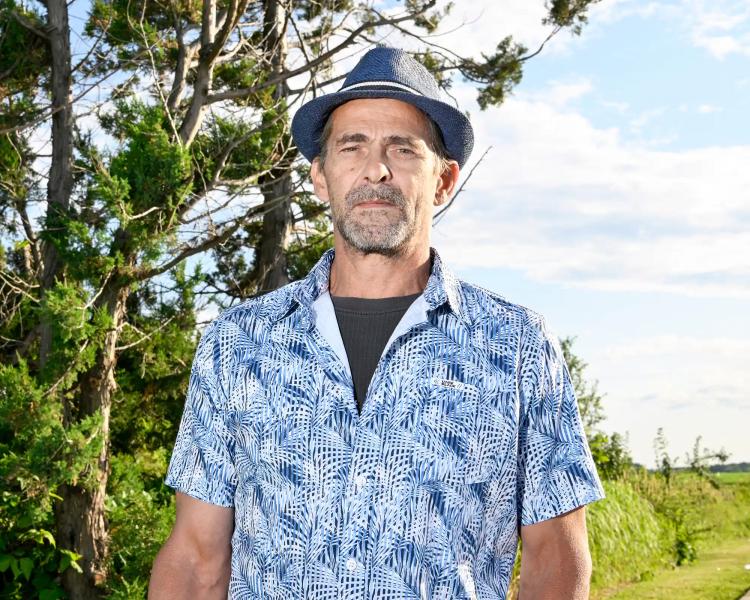 A father who tried everything to isolate his son from society before he made a fatal gesture would like more credibility to be given to the relatives of young people with mental health problems.

“When something happened, I felt like exploding. I told you ! He will end up killing someone! I had a premonition ”, drops Hugues Lafrenière, exasperated.

The father of the family is still traumatized by the gesture of his son Kamy, on April 13 2018. That day, the 28-year-old man brutally murdered his new boyfriend in their Gatineau apartment.

A cup, a meat tenderizer, a coffee carafe, an electric frying pan, a cast iron panini oven, a kettle, a wooden plank: Kamy Lafrenière used everything he had at hand to commit the irreparable.

Why? Because the victim had moved furniture during his nap.

Hugues Lafrenière does not recognize his son in this description. “It’s surreal! Kamy had no malice. When the tone rose a little, he left. He was running away from trouble,” he describes.

The latter had nevertheless noted a break in his son in the middle of adolescence, when Kamy openly displayed his homosexuality. He was bullied and then dropped out of school.

“His circle of friends has changed. He was hanging out with older guys for free drugs, booze and parties. I don't have enough fingers to count the number of times I had to pick it up in bars in the village, in Montreal,” says Hugues Lafrenière.

The divorce of Kamy's parents and the death of his mother from a massive cancer also contributed to the deterioration of his state of mind.

“ He was very spiritual, he was telling me about the Atlanteans, an ancient civilization. I wasn't judging him. I started reading about it so I could chat with him. It is better to join what you cannot fight”, philosopher Hugues Lafrenière.

A few years before the tragedy, the father of the family moved to Abitibi and he convinced his son to come and live near him, in La Sarre. “It’s smaller [than Gatineau] as a city, less big to search. As a parent, I took him away from the population to try to have a little more control,” he explains.

But it was not enough. “He lived there for a year and the police knew him well. Kamy was stealing from stores, but they wouldn't arrest him.

Even a suicide attempt and three psychiatric hospitalizations were not enough for him to be taken care of.

« Something had to happen for the authorities intervene. I saw the signs, I know him man. But I was told that I was not a doctor”, drops the father, who would like more credibility to be given to the relatives of young people in difficulty.

In 2018, Hugues Lafrenière lost track of Kamy, who had returned to live in Gatineau. After murdering his boyfriend, the young man knocked on his father's door in Abitibi.

” We live in the middle of nowhere and he doesn't have a conduct. I had no idea what had happened. He just looked exhausted,” the father describes.

That day, a fight broke out between Kamy and her mother-in-law, who was punched in the face. “I was ready to take the assault on myself, and file a complaint with the police so that he could finally get treatment. In the end, it was my spouse who got the slap and it was already too late,” laments Hugues Lafrenière.

“Don't release it until it's okay. If he doesn't take his pills, he becomes dangerous. It is unthinkable. I am going to do my duty as a father so that he is followed for as long as possible, for life, if necessary. »

« I have found my son since he is at [the Philippe] Pinel Institute. They changed his meds a few months ago and wow!

We have normal conversations and he talks to me about plans. He realizes that he is an uncle seven times and that he has never hugged one of his nephews.  »