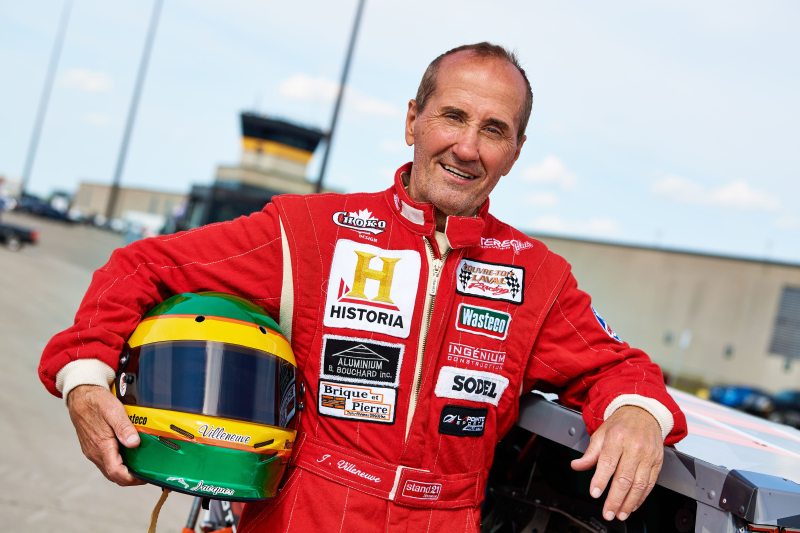 TROIS-RIVIÈRES | On the way to Trois-Rivières, we stopped at a restaurant in Berthierville on Wednesday to hear from Jacques Villeneuve who, after some health problems in recent years, is doing better.

< p> After a cancer in the abdomen, which he managed to control, it is the heart which has recently shown signs of weakness. Fortunately, his condition improved with the medication.

Even if the 69-year-old veteran pilot, retired from snowmobile competition since 2016, does not attach much importance to the dates, that of January 18 nevertheless occupies a privileged place in his memories.

His illustrious brother Gilles would have celebrated his 73rd birthday if he were still alive.

The passion for speed

“When I got up Wednesday, I reminded my wife Céline that it was my brother's birthday and I couldn't help thinking of him. I said to myself “Hi my Ti-Gilles”, he told in an interview with Journal.

“I see it every day when I walk around my garage,” he continues. I don't need an image to think about it. My brother is still there. »

When Gilles died tragically aboard his Ferrari, during the qualifying session of the Belgian Formula 1 Grand Prix on May 8, 1982, Villeneuve not only lost a brother, but above all his best friend.

“What I miss the most is talking about races with him. We had this same passion to drive forward and lead every lap, regardless of the end result,” he continues.

The project to create his team

What does he think Gilles would do today?

“I have no idea and, of course, we will never know,” answers Jacques. Before his death, he had expressed the desire to create a Canadian team in Formula 1 and I think that I would have been associated with his project. »

“Would he have gray hair or no hair at all? Asked Villeneuve. But I'm pretty sure he would still have fun with his… little things [read his off-road truck, his boat or his helicopter]. »

The memory of Valcourt

At this time of year, especially with the approach of the Grand Prix de Valcourt where he raced the crowds and experienced his moments of glory, Jacques Villeneuve still regrets not being able to ride his snowmobile.

“I would be lying to you if I said I don't miss it. I wanted to run until the age of 80, but I realized at some point that I could no longer give my 100%. I'm less of a cowboy than I was back then. However, it is better to stop when you have doubts about your abilities and your willingness to take risks. »

It was in Valcourt, in February 2016, that he announced his final retirement, following a serious injury to his right leg suffered after another spectacular swerve
on the icy surface.

At the GP3R this summer?

Despite his venerable age, Villeneuve has still not given up on challenging the racing circuits, at least on the asphalt. Last August, he participated in the Modified Legends Series events, these small racing cars which were integrated into the program of the Grand Prix de Trois-Rivières in 2022.

“It is certainly less dangerous than riding a snowmobile, but you're never safe from an accident”, he claims.

He wants to get back to the GP3R this summer, subject, he says, to a better preparation.

“I am open to all proposals”, he concludes.