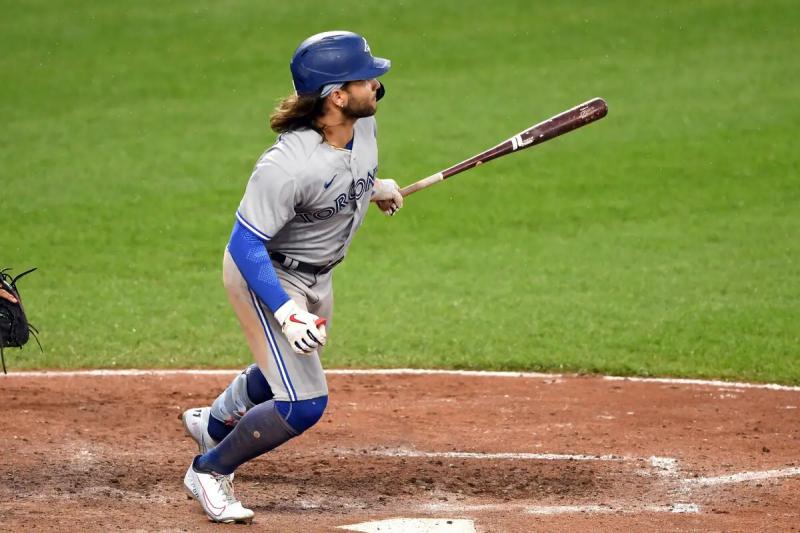 By hitting three home runs in Game 2 of a doubleheader against the Baltimore Orioles on Monday, Toronto Blue Jays shortstop Bo Bichette made sure to put his name and that of his teammate Vladimir Guerrero Jr. in the Major League Baseball Book of Records.

After the first of the two men completed his night's work in an 8-4 win, the Jays became the fourth team in big league history to have two players under the age of 25 hit three long balls in of a meeting of the same campaign.

Guerrero Jr., 23, accomplished the feat on April 13 at the expense of the New York Yankees. Previously, Gary Carter and Larry Parrish pulled it off with the Montreal Expos in 1977, as did Lou Gehrig and Tony Lazzeri with the 1927 Yankees and Duke Snider and Tommy Brown with the 1950 Brooklyn Dodgers.

“He is a very good hitter who is on fire. We've mentioned it all year: Bo is a huge part of our roster and offense. He has integrated well, analyzed the interim manager of the Jays, John Schneider, as reported by the site MLB.com. At bat, when he uses the whole field like he does right now, he's as good as anyone else in the league. When he hits the ball all over the place and does it with power, it shows his value.”

The performances of Bichette and his teammates are certainly good news for the Jays, in the heart of the playoff race in the American League. The Ontario club holds the last place giving access to the post-season phase and, despite a priority of four and a half games over their closest pursuers (before Tuesday evening), the meetings remain important.

“We understand the full significance of what is happening. I think we were there at our best competitive level of the season and at this time of the year, it's a great thing,” said Bichette, who has 21 long balls and 78 RBIs. /p>

“The sensations are obviously good. They are prepared for the challenge of the most exciting game on the calendar,” Schneider said of his players.