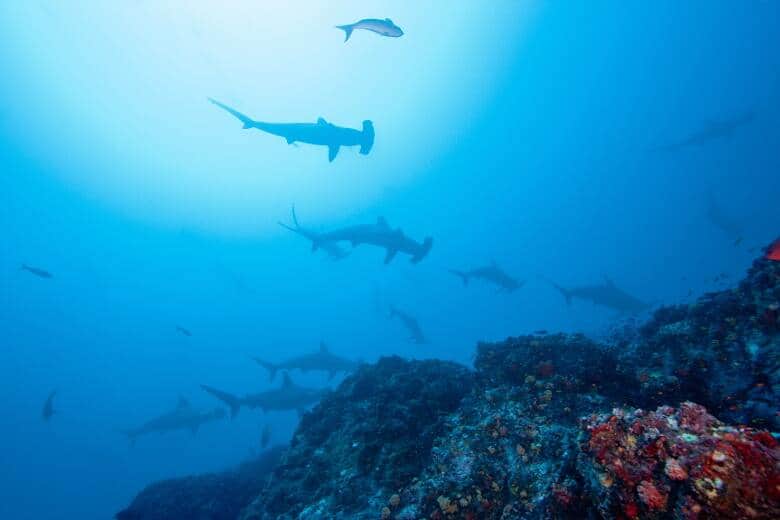 A summit on the international trade in endangered species will decide on Friday whether to ratify a “historic” initiative to protect around 50 species of requiem sharks and hammerhead sharks, endangered by the flourishing trafficking in shark fins, coveted for making soups in Asia.

This issue was most discussed at the 19th Conference of the Parties (COP19) of CITES, the Convention on International Trade in Endangered Species of Wild Fauna and Flora, which brings together 183 countries and the European Union.

The debate was to be decided on Thursday in plenary, but votes, notably on the protection of hippos in Africa, took longer than expected, and the issue of sharks was postponed to Friday's plenary.

On hippos, the European Union, voting for all EU member states, opposed a proposal backed by West African states led by Togo. They wanted to impose a “zero quota” for marketing to ensure better protection of the species, faced with poaching and trafficking in hippopotamus ivory.

The motion was rejected, with in particular the opposition of southern African countries which are confronted with an expanding hippopotamus population, which poses problems of cohabitation with the human population, according to experts consulted by AFP.

In a press release released Thursday, the Brigitte Bardot Foundation denounced “a bargain in wildlife species” and “the obstructive and condescending attitude (of the European Union), making dam to the protection requested by many countries for the protection of their endemic species”, such as that of the hippos.

The summit, which began on November 14 and ends on Friday, could bring requiem sharks (Carcharhinidae) and hammerhead sharks (Sphynidae) into Appendix II of the Convention, which strictly limits trade in certain species. This initiative is supported by the European Union and some fifteen countries, including Panama, host of the summit.

These are species that are not yet threatened with extinction, but could become so if their trade was not tightly controlled. Appendix I completely prohibits trade in certain species.

If the plenary meeting on Friday gives the green light, “it will be a historic decision, because for the first time CITES would take a position on a very large number of shark species which represent approximately 90% of the market”, Panamanian delegate Shirley Binder told AFP.

The market for shark fins exceeds half a billion dollars per year (483 million euros). They can sell for $1,000 a kilo in East Asia for making highly regarded soups.

Before the scheduled vote, an intense debate took place for three hours on November 17 in a conference committee, with Japan and Peru proposing to exclude certain species from protection measures – a measure rejected at secret ballots before the approval of the proposals to strengthen protections for requiem and hammerhead sharks.

“We hope that everything will be adopted in plenary”, observes Ms. Binder.

The plenary must also vote on the ratification of a proposal on the protection of the guitarfish ray (Rhinobatidae).

During the committee's discussions, several delegations, including that of Panama, had placed sharks on their tables stuffed animals, which then became a kind of symbol of the summit.

Delegates and heads of nature protection organizations, observers at the summit, expressed confidence in the adoption of the resolutions in plenary.< /p>

“We hope that nothing extraordinary happens and that all of these families of sharks are included in Appendix II,” Chilean delegate Ricardo Saez told AFP.

If the three proposals on requiem sharks, hammerhead sharks and guitarfish rays are passed, “we would go from controlling about 25% of the shark fin trade to more than 90%”, explained to the AFP at the start of the summit Ilaria Di Silvestre, head of European campaigns for the International Fund for Animal Welfare (IFAW).

“We We are in the midst of a very great shark extinction crisis”, the “second most threatened group of vertebrates on the planet”, had then pointed out for his part Luke Warwick, of the Wildlife Conservation Society.

CITES, in force since 1975, sets the rules for international trade for more than 36,000 species wild, ranging from the issuance of permits (more than a million authorized transactions per year) to the prohibition total.

Organized every two or three years, the summit took place this year in the shadows and under the influence of two other UN conferences, which are also crucial for the future. living beings on the planet: COP27 on climate which ended on Sunday in Egypt and COP15 on safeguarding biodiversity in December in Montreal.