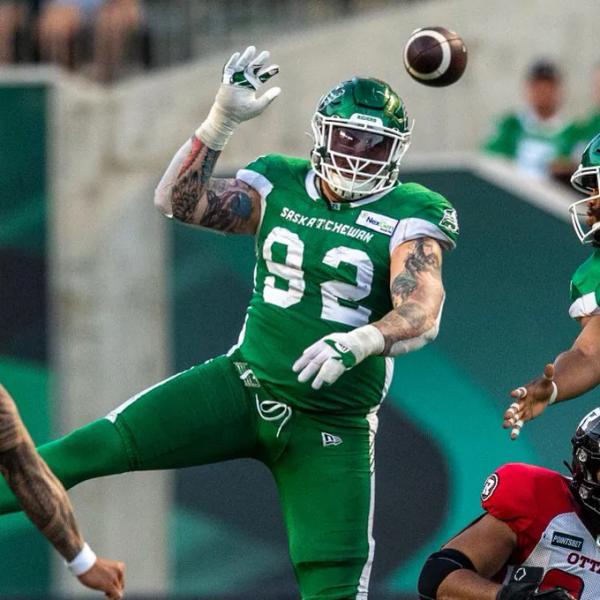 Saskatchewan Roughriders defensive lineman Garrett Marino has been suspended for four games for actions he took in the team's last game.

This is unheard of in the Canadian Football League (CFL).

The Ambrosie circuit revealed the extent of these sanctions on Monday evening. Three separate suspensions have been imposed on Marino for his indiscipline during the Riders' 28-13 victory over the Ottawa Redblacks last Friday.

The CFL has imposed a suspension of two games for making an “irresponsible and dangerous” tackle below the legal height against quarterback Jeremiah Masoli, a move that sent the latter to the infirmary.

Marino reportedly celebrated the illegal tackle and taunted Masoli “about his origins”, a violation of the CFL Code of Conduct, which extended his sanction by one game.

“This behavior has no place in our league,” commissioner Randy said. Ambrosia in a statement. These disciplinary actions are intended to send a clear message that this type of action will not be tolerated.”