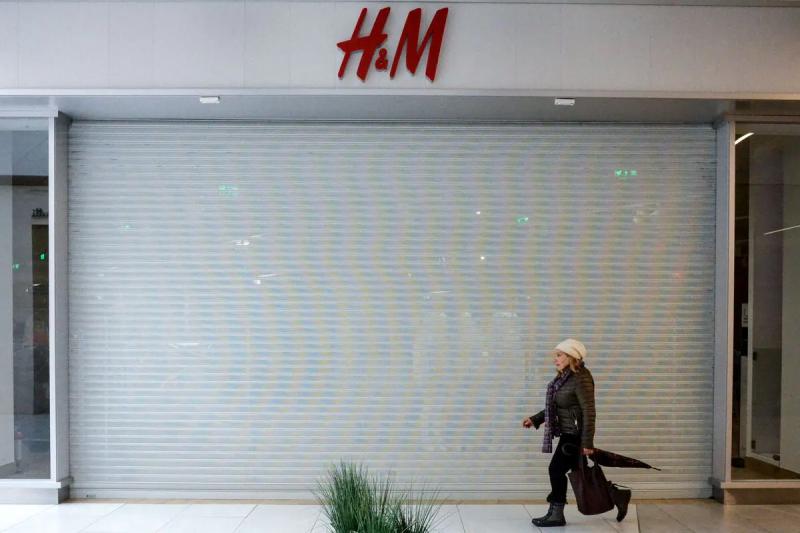 Swedish clothing giant Hennes & Mauritz (H&M), which had already suspended its sales in Russia after the invasion of Ukraine, announced Monday that it would gradually withdraw from this country, where it employs 6,000 people.

“After careful consideration, we see that it is impossible to continue our business in Russia given the situation,” Group Chief Executive Helena Helmersson said in a statement.

In As part of its withdrawal from the Russian market, H&M plans to temporarily reopen its stores, which closed in early March a few days after the start of the invasion of Ukraine, in order to sell its remaining inventory.

“We are deeply saddened by the impact this will have on our colleagues and we are very grateful for all of their hard work and dedication,” added Helena Helmersson.

According to the group, this withdrawal is expected to cost it a total of 2 billion Swedish crowns (approximately 189 million euros), including a reduction in its liquidity of approximately 1 billion crowns.

The losses will be charged to the accounts of the third quarter, he said.

After the invasion of Ukraine, several large Swedish companies had temporarily suspended their activities in Russia.

The manufacturer Volvo halted sales and production at its plant in Kaluga, central Russia, while communications giant Ericsson announced it would stop deliveries to Russian customers.

The furniture giant Ikea has also decided to “reduce its activities in Russia and Belarus”, already suspended after the start of the offensive.