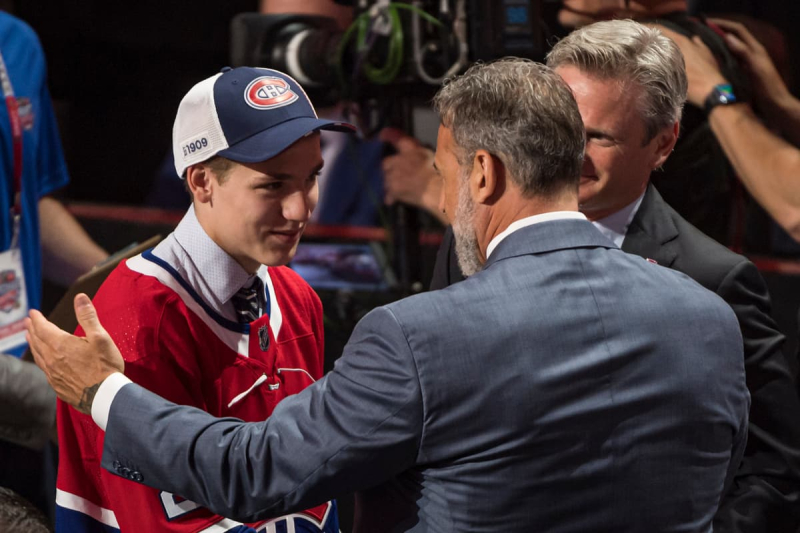 The long list of candidates for the Hobey-Baker Trophy was unveiled Thursday, and three Montreal Canadiens prospects are on it.

This honor makes it possible to annually reward the student-athlete par excellence of American collegiate hockey. The winner is determined by a selection committee and public vote.

The first list of candidates, comprising 82 names, was published on the website of the Hobey-Baker Trophy Foundation. They include goalkeeper Jakub Dobes, defender Lane Hutson and forward Sean Farrell, three players drafted by the Habs.

A fifth-round pick in 2021, Dobes is in his second season with the Habs. Ohio State University in the Big 10 Conference. This season, he has a stellar record of 15-8-1, a .920 save percentage and a 2.20 goals-against average.

< p>As for him, Farrell picked up where he left off after shining in his first campaign with the program at Harvard University. He leads his team in goals (10) and points (25), just under three years after being selected 124th overall at the 2020 amateur auction.

Finally, Hutson is probably the hope of the CH who has caused the most ink to flow since the Montreal organization chose him at the end of the second round of the last repechage. The small, offensive-minded defenseman has already scored eight goals and 22 points in 20 games with Boston University – one of the best starts to the season in NCAA history for an 18-year-old guard.

Other names in the running that are getting attention include Montreal's Devon Levi (Northwestern University) and top prospects Cutter Gauthier (Boston College), Adam Fantilli and Luke Hughes (University of Michigan).

The identity of the Hobey-Baker recipient will be announced on April 8.

In 2022, goaltender Dryden McKay, now a member of the Toronto Maple Leafs organization, had won this honor. A certain Cole Caufield was the lucky winner in 2021.