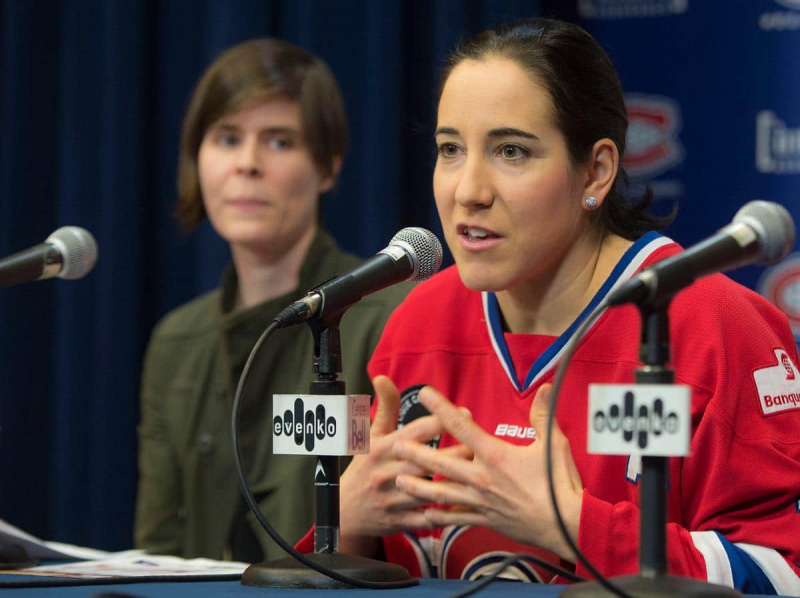 Hockey Canada announced on Wednesday the coaching staff that will lead the women's team for the next year and Caroline Ouellette will be part of it.

Driver Troy Ryan, who has just accepted a four-year contract extension in his role, will lead the Maple Leaf athletes. Besides Ouellette, Kori Cheverie, and Doug Derraugh will be her assistants, while Brad Kirk Wood will be the goaltending coach.

Ouellette, who is also the associate head coach of the women's hockey team at Concordia University, is the only one in this group who has not traveled to Beijing for the Olympics. However, she was alongside Ryan for the Worlds the same year.

The federation will thus be counting on stability after a successful year that culminated in the conquest of the gold medal at the Worlds and at the Games Beijing Olympics.

“We are thrilled to announce the roster for our National Women's Team for the upcoming season,” said Director of Hockey Operations Gina Kingsbury in a statement. After a year marked by many successes, including the gold medal at the last three major events, we hope to continue on the basis of the work we have accomplished with a close-knit and experienced staff. With Troy at the helm of the team, we really can't wait to begin our adventure in this new four-year cycle.”

The next outing of the National Team Rivalry Series against the States United in Kelowna, British Columbia, on November 15.