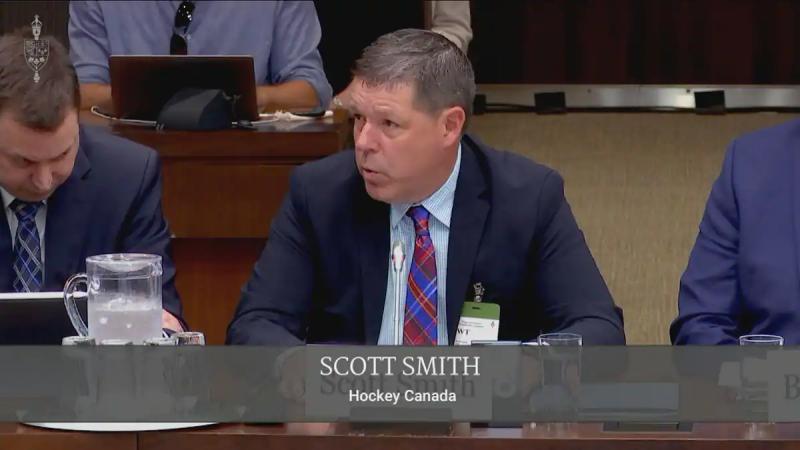 As Hockey Canada is thrown into turmoil over allegations of gang rape by junior players, its President and CEO, Scott Smith, has won a vote of confidence from the from the board of directors.

In a short statement on its website on Monday, the national federation said that “Scott Smith and his management team have the support of the Hockey Canada Board,” as reported by Acting Board Chair Andrea Skinner.

“We are focused on facilitating the implementation of programs for girls and boys, as well as for men and women, across the country. We are committed to improving our sport, which includes reviewing our management and implementing our action plan and our other programs, also affirmed the leader. We intend to inform Canadians about our work and the goals of the board, and our ongoing efforts to regain their trust in hockey and in Hockey Canada.”

However, the Minister of Sport, Pascale St-Onge, had recalled the need in her eyes for many changes in the organization chart of the organization concerned. Already, Skinner's predecessor, Michael Brind'Amour, tendered his resignation earlier in August.

“There is a need for new voices, new ideas and different leadership,” had recently estimated the Minister to the Sportsnet network.

Smith took the place of Tom Renney, who retired on July 1. He has worked for the federation since 1995 and held various positions. Several federal elected officials from all political parties called for his departure during parliamentary sessions in July.

The cover-up of an alleged gang rape that occurred on the sidelines of a banquet in London in June 2018 and allegations of another case that may have occurred in 2003 continue to plague Hockey Canada, the center of much criticism. Renowned sponsors like Tim Hortons have also chosen to put their association with the federation on hold.