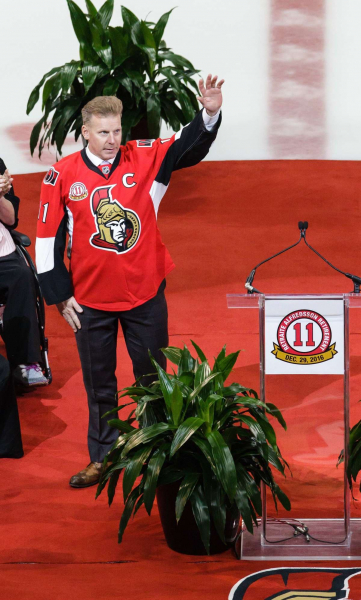 He may have had to wait until his fifth year of eligibility before entering the Hockey Hall of Fame, but Daniel Alfredsson is over the moon to have received such an honor.

The Ottawa Senators legend, who also had a brief stint with the Detroit Red Wings, retired in 2014 after a stellar 1,246-game career in the National Hockey League. Eight years later, he will be immortalized alongside fellow Swedes Daniel and Henrik Sedin.

“It's still surreal, to be quite honest, slipped the 49-year-old man on Tuesday, whose remarks were reported by the daily “Ottawa Sun”. It is all the more so when looking at the history of our country: there are only four Swedish players who have been inducted before the Sedins and me. It puts things in perspective, because Sweden has produced a lot of good hockey players.

“There is no doubt that to be considered in the same regard as [Nicklas] Lidstrom, [Mats] Sundin, [Borje] Salming and [Peter] Forsberg humbles me. I have a hard time realizing it.”

In addition to scoring 444 goals and 1,157 points in 18 seasons on the league, the former sixth-round pick in 1994 won the Calder, King Clancy and Mark Messier trophies during his career. He never lifted the Stanley Cup, but covered himself with gold at the Turin Olympics (2006) and silver at Sochi (2014).

Maybe due to the Without a championship ring on his hand, “Alfie” had to wait patiently before convincing the Temple's selection committee.

The moment was all the sweeter when he received the long-awaited call.

“We were in Sweden with some friends in my backyard,” he said. We were chatting and I was hoping to get the call this time, but I figured that was probably not going to happen this year. Two minutes later my phone rang and it was quite a pleasant experience.”

Beyond his accolades, Alfredsson left his mark on the Bettman circuit with his all-round style of play and his impeccable work ethic.

“I have always taken great pride in working hard, giving my best and doing everything possible to help my team win, he concluded. Working hard was one of my strengths. It wasn't easy, but I was good at it.

“When I take a step back and look at my NHL games, I see that my performances were not always excellent, but that the effort was always there.”