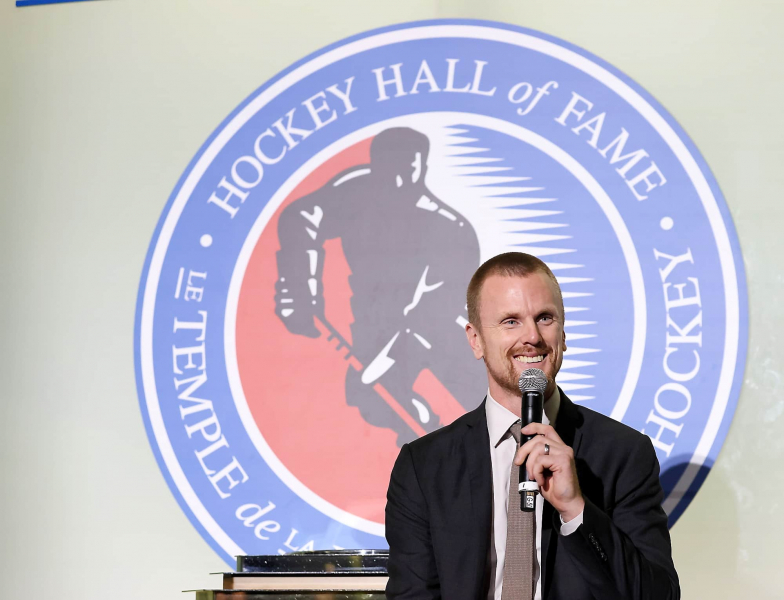 TORONTO | Before being drafted by the Canucks in 1999, twins Daniel and Henrik Sedin had no idea they would play together in the NHL. Little did they know they would be inducted into the Hall of Fame at the same time.

Not only did they play their entire career together with the Vancouver Canucks, but each other managed to reach the plateaus of 1000 points and 1300 games in the Bettman circuit.

What was the recipe for their success? Themselves. Whether in practice or in games, they always motivated each other to play to the maximum of their abilities.

“We never showed people when we were mad at each other. other, mentioned Daniel Sedin when we met him. Our expectations were high for each other.

“I wanted him to be at his best every game. When this was not the case, I did not hesitate to tell him. I could be tough on him. I did it discreetly.

“When I wanted to say this type of thing to him on the bench, I said it to him in Swedish. It was both ways. Henrik did the same thing when I had a tougher night. »

According to Daniel, whom we met at the ring presentation, he and his brother would have had different careers if they hadn't evolved together.

< p>“We wouldn't have been inducted if we hadn't played together,” the former Canucks No. 22 said. I would even say that without Alex [Burrows], our careers could have been different. He's been there in our best five seasons. »

Daniel Sedin in discussion with his brother Henrik (right) in November 2015.

In 2009, the arrival of Alex Burrows been a catalyst for both twins. The ardor of the Quebecer brought a different element to the two players of finesse.

“I remember when he was called up from the American League. From his first game with the Canucks, we saw how smart he was on the ice, explained Sedin. We wanted to have him as a linemate.

“When he came on our line, the connection was instantaneous. He understood our way of playing and we understood his. It was special. He has been so good to us. »

If the chemistry has settled so quickly, it is because of the mutual respect between the three players. Both Sedins knew they had a special teammate.

“When you have a player like Alex who has worked hard to get to the NHL, you want to see him succeed. That's what we wanted for him. »

Daniel and Henrik took jealous care of their bodies during the summer seasons. During the training camps, they were dominant in the physical tests.

“We learned very young to keep in good physical shape,” said Daniel. We always did the same routine.

“To play at a good level, we had to be at the top of our game. We always wanted to excel in the tests on the first day of camp. It is a philosophy of life.

Besides, even if they are no longer playing, they are still in great shape. They are keen runners and they have done a few marathons.

In 2019, Daniel completed the one in Amsterdam in less than three hours. An exceptional performance.

“I have always loved running. It is a moment of joy for me. It's a great way to keep in shape, Sedin said. Despite that, I don't think I could play in the NHL today.

Henrik Sedin arrived in Toronto on Saturday ahead of his Hall of Fame induction. He was able to receive his ring from the hands of Lanny McDonald. He will be present for the ceremony on Monday.