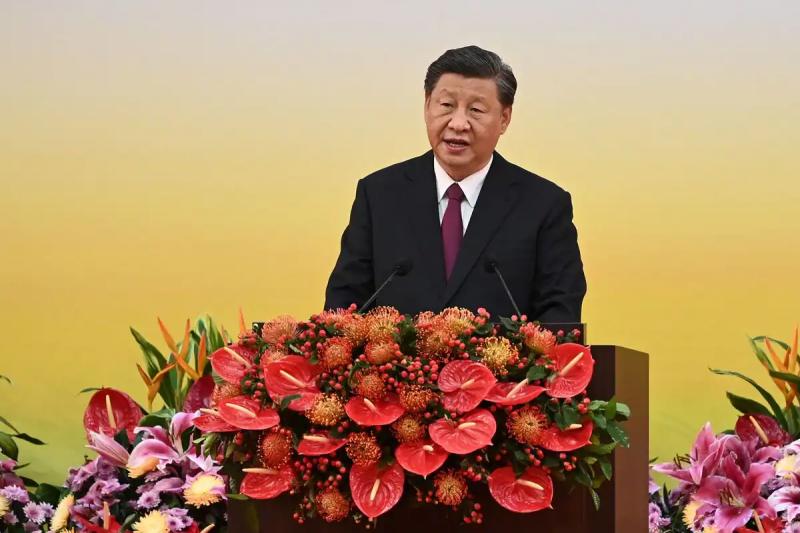 Chinese President Xi Jinping assured Friday that there was “no reason” to change the “one country, two systems” principle, which gives a certain degree of autonomy to Hong Kong, during a speech celebrating the 25th anniversary of the city's handover to China.

This model is “such a good system, there is no reason to change it, and it must be maintained for the long term,” Xi said, adding that everything Beijing had done was “for the good of Hong Kong. ”.

The principle of “one country, two systems” was negotiated between London and Beijing at the time of the return of the former British colony to China in 1997. It devotes a period of 50 years during which Hong Kong must enjoy a certain autonomy and guaranteed freedoms.

According to government critics, the national security law imposed in 2020 by Beijing after the 2019 protests shattered promised freedoms.

“After reunification with the motherland, the people of Hong Kong became the masters of their own city”, launched the Chinese president.

The head of state participated Friday in the celebration ceremony of the 25th anniversary of the handover of Hong Kong to China and the swearing in of the new head of the local executive, John Lee.

The visit is the Chinese president's first trip outside mainland China since the start of the Covid-19 pandemic. She is also the first in Hong Kong since the great pro-democracy movement of 2019.

She is surrounded by a very strong police presence and has required the establishment of a closed circuit system to ensure that anyone approaching Mr. Xi is free of the coronavirus.