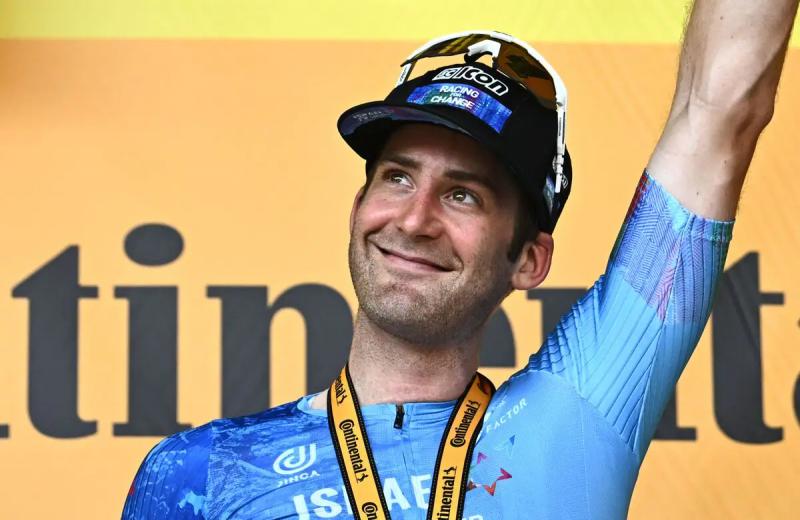 Cyclist Hugo Houle, who had a dream summer, notably winning a stage victory in the Tour de France, promises himself as the Grands Prix Cyclistes de Québec and Montréal approach.< /strong>

The two events, which will take place on September 9 in Quebec City and September 11 in Montreal, will also be presented at TVA Sports.

“ Coming back to the Grands Prix Cyclists when we have had to skip over the past few years makes me very happy, he admitted in an interview with TVA Sports. These are always races that I really like.”

“Each time I come, it's the chance for me to show a bit of what I do in Europe all year round, he also underlined. It keeps me motivated for the end of the season, I hope to have the same legs I had in July!”

The competition is likely to be tough, since once again, big names in world cycling, including the Slovenian Tadej Pogacar and the Belgian Wout van Aert, will come to pedal in the streets of Quebec and Montreal. The event is back after being canceled twice due to the COVID-19 pandemic.

The 31-year-old runner also hopes that the public will be there again.< /p>

“I can't wait to see the atmosphere, it's always unique in Quebec,” he admitted. I hope there will be a lot of people, after several years of absence, maybe there will be even more. All the good press that I had at the Tour de France will perhaps encourage people to come and see the race. We must remember that it is 100% free and the price has still not increased! »

Perceived as a solid preparation for the World Championships, cycling Grands Prix represent real challenges for the riders, recalled the member of the Israel-Premier Tech team.

“In Quebec, it's a course where you have to be concentrated all day, the climbs are quite explosive and the Grande Allée is a sprint that is always very difficult,” he said. With the field of runners that we expect this year, there could be a big race until the very end.”

“As for Montreal, it's more difficult, it suits the riders who climb a little better, explained Houle. Five thousand meters of vertical drop is huge, it's more than what we did on practically the entire Tour de France. The Montreal race is a one-day race, but extremely physically demanding.”

Always on your cloud

A little less than a month after his historic victory in the 16th stage of the last Tour de France, the Quebecer is still a little on his cloud following this memorable success.

“It was a a little crazy dream of winning a stage of the Tour for my brother (who died in an accident in 2012), he recalled. Several years ago, I might never have imagined this was going to happen, and I did. I had to pinch myself a bit to realize that.”

At 31, Houle is certain he still has several good races ahead of him.

“Every year since I started, I'm constantly progressing, my performances are always better, so I think I still have room for improvement (…) it's clear that the young people are getting faster and faster, but I think that I still have my pin to pull out of the game”, he assured.

“It is clear that I will not win the Tour de France, but in races like where I am currently in Norway, I definitely have some good shots to play.”