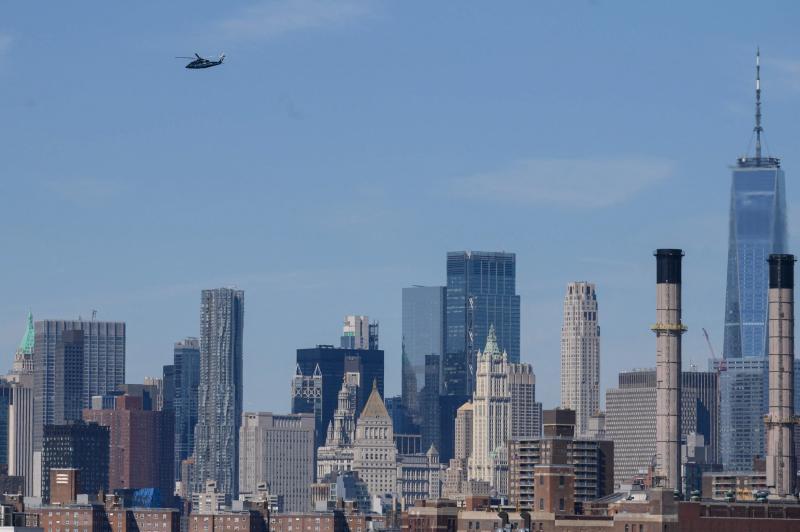 Renting a place to stay in New York has always been a combat sport. But since the end of the pandemic, it has been an almost impossible mission for many tenants faced with an unprecedented price spike.

In the spring, when leases are being renegotiated, Paula Sevilla, a young Spanish woman, and her roommates were given an $800-a-month raise to stay in their shared Brooklyn apartment, the biggest and trendiest in the city. five boroughs of New York.

They then began a frantic search for a new home: after two months of visits — often windowless, bordering on unsanitary accommodation — long queues and increasingly demanding applications, they are selected for a three-room apartment for 3,000 dollars a month.

“We have 'lost' an apartment for applying… four minutes too late,” the 26-year-old Spaniard, New Yorker by adoption, told AFP.

On a purchase market almost inaccessible to the middle classes, finding the rare pearl to rent has always been a challenge in this mythical city, a global economic and cultural magnet but with glaring socio-economic inequalities.

After a small lull in 2021, at the end of the COVID-19 pandemic which had brought the megalopolis to its knees and forced tens of thousands of families to flee, rental prices jumped over one year by 20.4% in second quarter this year, according to real estate site StreetEasy.

Paula Sevilla earns $75,000 a year, slightly above the median salary in New York. But not enough to rent alone. Tenants also sometimes have to pay commissions to agents, representing one month's rent, or even 15% of the annual cost.

We must add an inflationary economic context, the poor construction quality of buildings in terms of thermal and sound insulation, particularly in Brooklyn and Queens, and a chronic shortage of new housing in a megalopolis of 8.5 million souls. . There were 340,000 shortfalls in 2019 for the entire New York metropolitan area, according to the Washington Up For Growth research center.

“Too many customers and not enough apartments”

There are “too many customers and not enough apartments”, puts it simply, Miguel Urbina, a real estate agent.

The municipality of New York — city that leans left — imposed “stabilized” rents for one million units and two million tenants.

But the prices, which depend on a vote of the city council with a Democratic majority, are not blocked.

Under the very left mayor Bill de Blasio (2014-2021), rents “stabilized » only increased by 1.5% over one year. Under his successor on the right wing of the Democratic Party, the African-American former police officer Eric Adams, prices are soaring as they have not for at least ten years (from +3.5% to +5% in June on one year).

In Manhattan, a family devotes 55% of its income to housing. The rate reaches 60% in Brooklyn and 43% in popular Queens, according to data from StreetEasy, which denounces “a huge financial burden”.

The island of Manhattan, the financial lung of the United States, offers small apartments for an average of $5,000 per month, real estate agent Gea Elika told AFP. There are also giant duplexes with terraces around Central Park on the famous 5th Avenue offered at… 140,000 dollars per month.

Enough to push the middle classes and the younger generations towards more disadvantaged communities where African-American, Hispanic and Asian communities live, fueling gentrification.

And the outlook is bleak: Manhattan's “skyline”, which changes almost visibly, concentrates the construction of skyscrapers of offices and luxury apartments. And despite building sites in Brooklyn, Queens and New Jersey across the Hudson River, no one expects prices to slow.