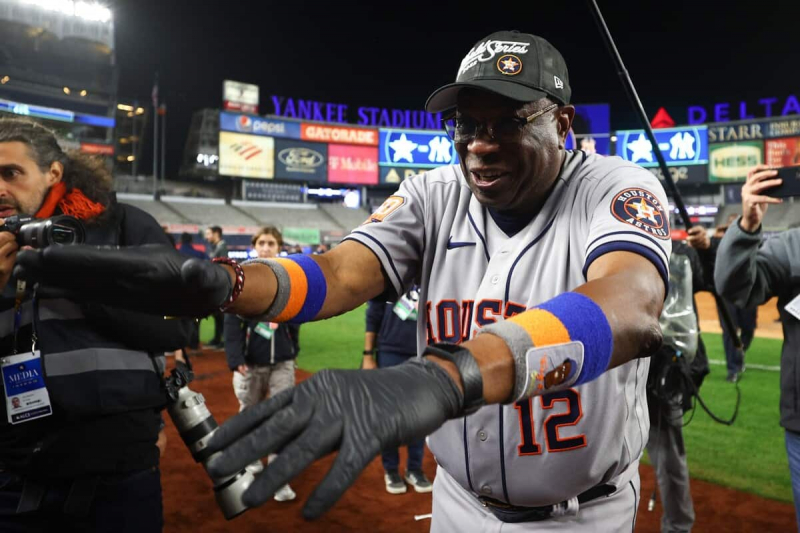 Despite having a more than impressive track record, Dusty Baker has still not accomplished his goal of the last decades: winning the World Series. His Houston Astros have an excellent chance of lifting the trophy this year, provided they don't underestimate the Philadelphia Phillies.

The watchword on the side of the Texas team seems to be to win for the 73-year-old man, who will not be a manager in the majors forever. His men chanted his name on Monday, during the presentation of the American League champion trophy.

The World Series has been slipping through his fingers since 1993, the year he was became head coach for the first time. Remember, however, that Baker won in 1981 as an outfielder with the Los Angeles Dodgers.

“I am still hungry, the one who has not yet made a decision for 2023 told the major baseball site on Monday. Several people, the majority of people, are behind us; some are against us. It does not matter. It motivates you one way or another.”

The Astros won the World Series in 2017, then reached the Finals in 2019 and 2021. Baker was the coach for this last adventure.

Leader of the Washington Nationals from 2016 to 2017, he saw the capital team win two years after his departure. He also came very close in 2002, when his San Francisco Giants fell in seven games against the Anaheim Angels.

According to the players he has coached, Dusty Baker is an endearing character, a winner who makes you want to win. After all, he ranks ninth in regular season wins in history, with 2,093.

“We love going out there every day to compete for him. He loves this team. He likes to win. He loves baseball. 100% we want to win for him,” said third baseman Alex Bregman, who was part of the 2017 Astros.

Also surveyed by MLB.com, pitcher Justin Verlander credits Baker for creating special bonds with his players, while Jose Altuve praised him for his positive leadership qualities. In victory as in defeat, the septuagenarian will be behind his men.

More than a small effort against the Phillies, who will be the visitors for the first game on Friday. The Philadelphia team, which has gone through the round of the best second, may not be out of surprises after eliminating the St. Louis Cardinals, the Atlanta Braves (the defending champions) and the Padres of San Diego.

“They have quality players,” Baker said. If they've gotten this far, they believe in it as much as we believe in it here, so I'm sure it's going to be a great show.”