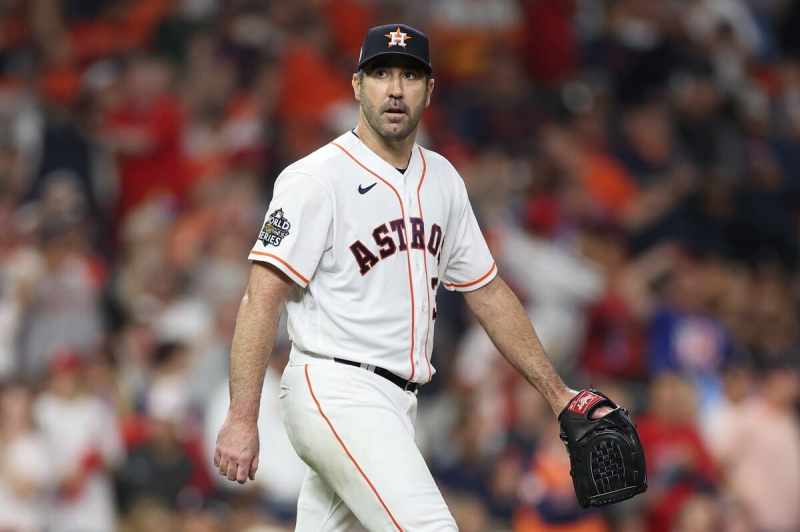 A curse seems to have befallen Justin Verlander, who, despite excellent regular seasons, is doomed to poor performances at the World Series. Friday night's game is just another example.

In his eighth career start in the series to crown the Major League Baseball champions, the Houston Astros pitcher shattered his team's 5-0 lead and is now 0-6 with a running average allowed 6.07 in these circumstances.

The Philadelphia Phillies took the opportunity to come back and win 6-5 thanks to a home run in the 10th inning by J.T. Realmuto. Let's just say manager Dusty Baker isn't the only one struggling in the final series…

“Disappointing, really. I have to do better. I have no excuses. I just have to throw better, admitted the 39-year-old veteran in a press briefing. I felt like I had several guys in good situations, but wasn't able to execute the shots I wanted.”

“I have to give credit to their training , pointed out Verlander. They let good balls through and when I was able to throw well, they were able to hit foul balls or hit safe. They hit a few shots like that and when I made mistakes they made me pay for it.”

If the World Series extends to Games 6 or 7, Verlander could try his luck again. Otherwise, he has already expressed the wish to play until he is 45 years old. He still has plenty of time left.

However, it will be a good challenge for the mind, since the right-hander did not like letting his teammates down at all. Kyle Tucker had hit two long pitches in the first three innings and Martin Maldonado had also hit a winning single.

“My team gave me a five-run lead and I wasn't able to keep it. I'm confident enough to say that 99% of the time I would have been able to keep us ahead. Unfortunately, that wasn't the case today [Friday],” Verlander lamented.

In five innings on the mound, he allowed five runs on six hits and two walks . He also struck out five men. However, it was reliever Luis Garcia (1-1) who added the loss to his record.