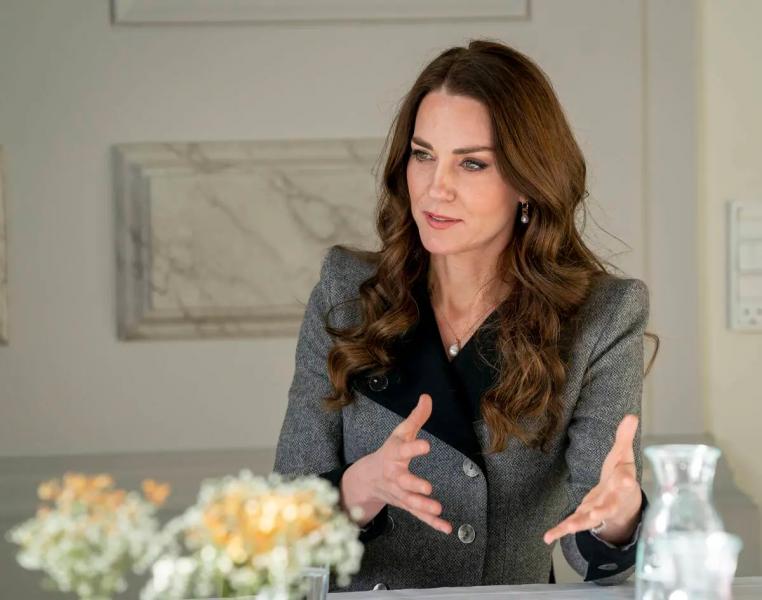 “Diana will always be remembered, but I'm sure she will take up the torch”. For Keith Lowing, there is no doubt that Kate, the first Princess of Wales appointed since Lady Di, will live up to her popular mother-in-law, who died 25 years ago.

On this gloomy morning, Keith and his wife Kathleen rest on a bench in the gardens of Kensington Palace, the former residence where Diana and the now King Charles III lived… and where their two sons William and Harry grew up.

Charles III's accession to the throne after the death of Elizabeth II on Thursday, and his 70-year reign, was accompanied by another rise: William, now heir to the throne, became Prince of Wales and his wife Kate, adored by the British and admired by the tabloids, Princess of Wales, the first since the death of Diana in 1997.

The latter was revered. Audiences remember the revelations, in an explosive BBC interview in 1995, of Charles' infidelities with current Queen Consort Camilla, his own adventures and his doubts about the current monarch's ability to rule. .

His tragic death in a car accident in Paris made him an icon, while Elizabeth II's initial reluctance to cut short her holiday at Balmoral dealt a blow to the monarchy.

Not far from the memorial erected in honor of Diana in 2021, Rebecca Brunswig, a 74-year-old American evokes her “many humanitarian visits”, her commitment to “AIDS patients” and “her incredible compassion towards the most unfortunate”.

The title of Princess of Wales is granted to the wife of the heir to the British crown and consists mainly of devoting herself to social causes.

Kate, 40, and commoner before knowing William, will she live up to her late mother-in-law?

She “enjoys the story that comes with the function” of the Princess of Wales, but she will trace “her own path”, indicated Friday a source at Buckingham Palace.

“She is an incredible princess and I can't wait to see her in action as queen. I think she's very elegant, beautiful, and has represented the monarchy very well from the start,” says Selma White, a 40-year-old lawyer: “I love Diana, but I also love Kate.” /p>

From the arrival of Kate Middleton in the royal family at the time of her marriage to William in 2011, criticism was fired on her ignorance of good manners. But very quickly, she became a model of propriety, showing her confidence and her ability to spread the image of a perfect family.

Kate was committed to early childhood with a foundation, hoping to make its own mark in the social causes of the Crown.

His popularity was already sitting when his sister-in-law, former American actress Meghan Markle, accused her of making him cry. These revelations, during an explosive interview with Oprah Winfrey in 2021, had put distance between Diana's two sons.

'The focus is on William and Kate', Channel 4 judge Ed Owens, royal family historian , according to whom Charles needs his son in a monarchy without Elizabeth II.

Robert Hazell, constitutional expert at University College London, tells AFP that Kate could privately become an adviser to his husband, and help in public to maintain the popularity of the Crown “with the younger ones”, who are more critical than their elders on the inst ition.