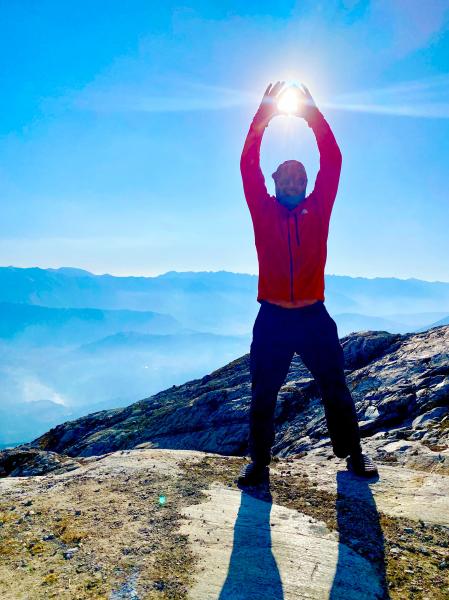 Quebec mountaineer François-Guy Thivierge began the challenge of his life in August 2019: to climb 55 mountains in 55 months to celebrate his 55th birthday. On a regular basis, Le Journal presents a mountain he has climbed as part of this project.

In his long journey as a mountaineer, few mountains in the world provided such a challenge to François-Guy Thivierge. The seasoned climber did indeed reach the summit of Peru, in Huascaran, but not without a few incidents and cold sweats.

For Thivierge, it was the 21st mountain in his audacious project to climb 55 mountains in 55 months. And not the least! He even saw death staring him in the eye when another crew met a fatal fate.

To reach the highest point at 6768 m, during four grueling days, it was necessary to concoct a happy mixture with composure and composure. Be both calm and go-getter. Take all imaginable security measures and keep your eyes and ears open.

After four busy days, François-Guy Thivierge arrived at the summit at 6768m with the sunrise and the north summit in the background.

“This mountain, I consider it a very dangerous mountain. I did not risk my life, because we were very careful. With what happened around us, we quickly understood that this mountain does not forgive mistakes. It was a bit stressful,” he conceded.

During his countless climbs, the mountaineer from Quebec saw snow. He does not allow himself to be impressed by the first obstacle. By attacking the Huascaran, however, he knew that the mountain would do him no favors.

That's why he and his sidekick Alfred Boivin chose to enlist the services of two porters in order to maximize their chances of success.

François-Guy Thivierge received valuable support throughout the expedition from his companion Alfred Boivin, as well as from their two porters, a Peruvian father and son.

“They reassured us with their experience by acting a bit like guides. It really helped us. I would not have seen myself facing this mountain without this service. It’s like a maze of glaciers, crevasses and snow bridges,” Thivierge explained.

Just before starting the ascent, Thivierge learned that a crew before him had fallen. In this mountain, help can take 24 to 48 hours to arrive.

Then, once they left camp 2 on the way to the summit, a group left before that of Thivierge and a climber fell into a crevasse, which led to his death.

“We climbed to the top and it was just afterwards that we learned of the accident. The news left us a bit paralyzed when we came back down and saw the rescue team. We volunteered to help and lent equipment, but we couldn't do anything,” said Thivierge, his voice still shaky.

Even before becoming aware of the heavy news, the adventurer was drooling over it, despite the intoxicating feeling of braving such a formidable mountain.

The mountain, very high in altitude, quickly took it from a tropical setting to a landscape of glaciers and rock climbing.

“It was serious, it was very physical with a lot of elevation. At the end of the day, you are very tired. There were concerns about hydration and nutrition because we had to melt snow, which gave water without minerals,” he noted.

For the last 1200 m to the summit, the team had to get up in the middle of the night, at 1 a.m., to start the walk to the highest point. Around 8 a.m., it was mission accomplished.

“It’s a big peak, like a huge flat mushroom. It seems that we never come to the end of arriving. We were exhausted by the altitude. I was pretty much on autopilot. »

In the end, Thivierge did very well. His only discomfort will have been blisters on his feet, he who used new boots.

The Huascaran adventure was made possible thanks to the partner O Healthy Solution, with its hydration products rich in electrolytes.

“It’s a great personal achievement. We are talking about the emblem of the mountains of South America. There was no way I was missing that one. I enjoyed working on endurance, perseverance and teamwork with our carriers. We were lucky to be able to do this mountain. Other Quebecers had come before us and did not succeed. »

« The two mountains in Peru (the other being the Alpamayo), this is the biggest expedition to date in my project. I'm really proud of myself. It's a throw of the dice to reach the summit,” confided the mountain trainer.