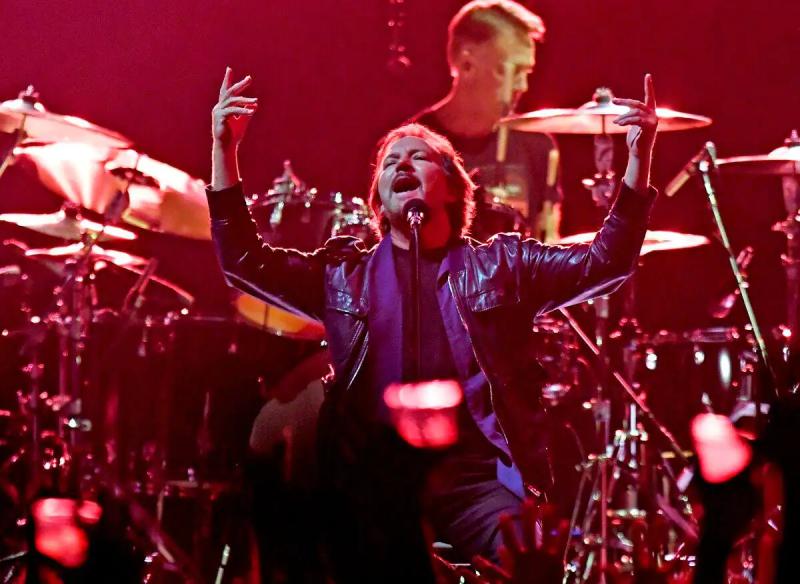 Two years and five months. This is what we had to wait before seeing Pearl Jam again at the Videotron Center. A wait that will have been worth it with a flamboyant and inspired performance in an amphitheater filled to capacity.

After tickets went on sale in January 2020 and was postponed due to COVID, the Seattle team was finally back in the Old Capital. His last visit to Quebec was on May 5, 2016.

Pearl Jam is stability even if the quintet is no longer a hit, with huge songs like in their big years. The public is constant and always present.

The band has the good idea to change its repertoire show after show. You never know what she's going to play and that's a big plus.

Thursday, Pearl Jam still does things his own way, starting his performance with Daughter and an acoustic segment. A superb entry for a generous concert of more than two hours.

“We will play slow songs, fast songs, loud songs and quiet ones. . We are finally happy to be able to say Bonsoir Québec”, launched Eddie Vedder, referring to the concert which was to take place on March 22, 2020.

Footsteps, with a harmonica segment by Vedder, Buckle Up, Other Side, which the band hadn't played since 2018 and Off He Goes from the album No Code. The sound quality is exceptional. The voice of Eddie Vedder unfolds throughout the amphitheater.

The chairs, on which the Vedders, Stone Gossard, Mike McCready and Jeff Ament sat, took the edge and the rhythm was activated with the leaping Dance of the Clairvoyants from the “new” opus Gigaton, released a long time ago at the start of the pandemic.

Accompanied by keyboardist “Boom” Gaspar and multi-instrumentalist Josh Klinghoffer, Pearl Jam then slammed the throttle hard, with the beat set by the drummer Matt Cameron, with furious, full-volume versions of Why Go and Even Flow from the album Ten.

During the latter, sung with power by the crowd, Mike McCready, who was on fire throughout the performance, delivered a very “rock'n'roll” and incandescent solo.

De l electricity, there was a lot in the air during this double.

Eddie Vedder then referred to the Quebec electoral system he envies, versus the one in place in the United States, wishing the public to find the right person to run the province.

In the crowd, a few moments later, we saw a poster with the inscription Vedder as prime minister.

Huge moments, there were “squared” ones. Corduroy, Elderly Woman Behind the Corner in a Small Town, I Got Shit, Black, the explosive< em>Porch, where some fans were able to touch Mike McCready's guitar, Alive delivered with all the lights on, followed by Prince's Purple Rain featuring , in addition, the voice of Josh Klinghoffer, and Indifference.

Masterfully led by a sweaty Eddie Vedder, accompanied by his bottle of red, highlighting the immense energy coming from the crowd, it's safe to say that this visit was the most memorable of the team's three appearances in Quebec. Totally enjoyable!

At the beginning of the evening, the ex-Red Hot Chili Pepper Josh Klinghoffer showed up alone on the boards with his group Pluralone.

A performance that took place in a bit of indifference, even if he said he was a fan Nords when he was young.

“There are plenty of Nords banners on the ceiling, but there are no Nords . What is happening ? Will they come back? he asked.