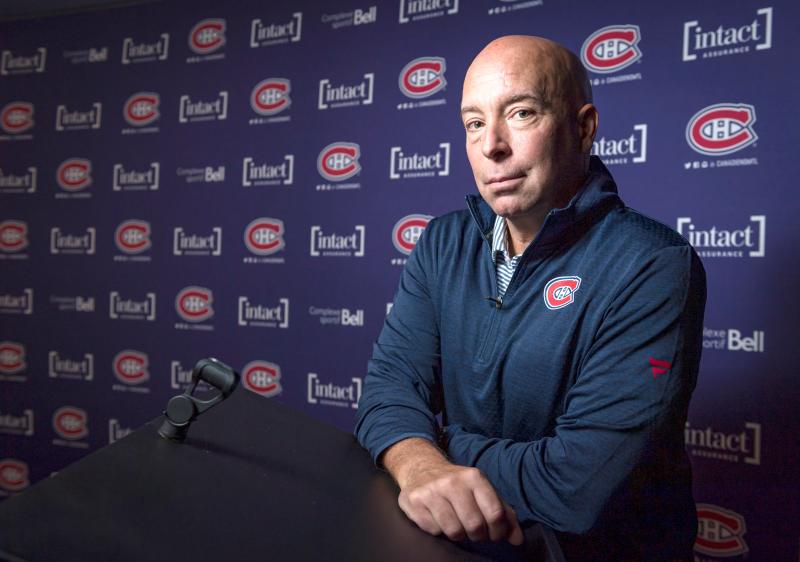 When Geoff Molson and Jeff Gorton hired Kent Hughes on January 18, they gave him the mandate to rebuild a failing team. Bringing back on track a franchise that has run into the wall more often than not in recent seasons is already a major challenge. Imagine when she's bogged down with hard-to-move contracts.

Hughes has therefore arrived at the post of general manager of the Canadiens as if he had acquired a once posh mansion, in which old, heavy and dusty furniture had been left.

But instead of blaming his predecessor, Marc Bergevin, he chose to clean up one room at a time.

This is the vision he shared with Le Journal >during an interview conducted in his office at the Brossard sports complex.

“I can't complain that we're in deep shit. All teams are with their payroll. Except maybe Chicago and Arizona. All the others are pretty much up against the ceiling,” Hughes said.

Three weeks from the start of the regular season, 17 teams are either over the cap or within $1 million of the allowable limit.

Six others are in the $1 million range. $ and $3 million, making it impossible to add an impact player.

Issues to be resolved

“When you try to win the playoffs, you have to get close to the ceiling. It's still the team that reached the Stanley Cup final the summer before we arrived, recalled Hughes. But it is certain that going from the Stanley Cup final to 32nd place does not happen often. And that creates problems that we have to solve. »

Thank you for the young talents

Especially since Weber never put on his skates again, Price played five games, Petry was eager to leave Montreal and Gallagher is patched up everywhere.

“But I'm not saying that's is someone else's fault. I probably would have done the same,” admitted Hughes.

“Besides, we have to give credit to Marc [Bergevin, the former general manager of CH] and his team for the Cole Caufield, the Kaiden Guhles, the Arber Xhekajs. They are the ones who brought them into the organization,” he pointed out.

In the circumstances, Hughes had to show a lot of imagination, in addition to having recourse to the wise advice of John Sedgwick, the scholar of the maze of the collective agreement and the intricacies of the rules governing the salary cap, to improve the situation of the team a little bit.

“Of course it's complicated. Flexibility under the salary cap is an asset. We were able to get a little bit of it seeing that Carey probably wouldn't play this year. Putting him on the long-term injured list allowed us to get Sean Monahan [at the Calgary Flames] and a first-round pick. »

A personnel move that could not have happened without the transaction that sent Shea Weber to the Golden Knights over the summer.

“That would have been almost $20 million on the injured list. Almost a quarter of a payroll. It would have been unmanageable,” Hughes said, noting that a deal involving Weber fell through at the last minute at the trade deadline.

“I always believed it was possible to trade Shea. But we were lucky because we found someone for whom it was better to have him in his training, even without playing.

Especially lucky that the trade was completed before Robin Lehner announced that he would be skipping the season in Vegas due to a hip injury.