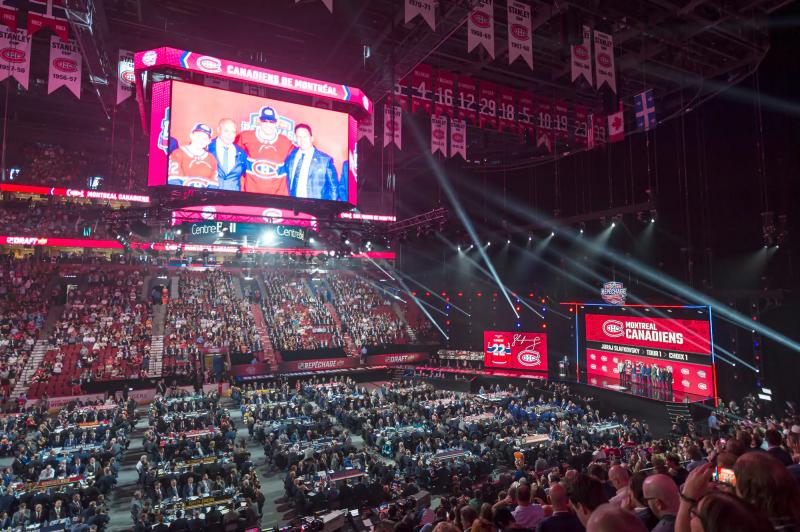 Juraj Slafkovsky responds exactly to the plan concocted by the Gorton/Hughes duo. He needed a forward with a solid size.

The Canadian got what he wanted.

And the young man showed character by commenting on the events that took place on the red carpet as he heard the boos of some fans: ” I understand them, hockey is very important to them and I hope that one day they will like me.

A few moments after his selection, in conversation with Louis Jean, from TVA sports, he heard the fans cheering him on, chanting olé, olé…

However, it was Kent Hughes who stole the show by concluding two transactions after having surprised many observers by claiming the Slovak.

Alexander Romanov is leaving with the New York Islanders.

But beware, Hughes is attacking the Chicago Blackhawks, already in reconstruction mode, by sending Alex DeBrincat to Ottawa to obtain the services of Kirby Dach.

In a matter of seconds, the Canadian grew amazingly.

Slafkovsky and Dach are giants.

So the exchange could be summed up thus: we sacrifice Romanov to then ensure the possibility of adding the great center player Dach to the squad.

At first glance, the Canadian, at center, will turn to Nick Suzuki, Kirby Dach, Christian Dvorak and Jake Evans.

Will Slafkovsky be able to convince the decision-makers that he can carve out a place for himself in the starting line-up? He will provide us with an answer next October. If he can make an interesting contribution, this attack will be interesting. She can adapt to all situations.

The defensive squad is full of talented young skaters. Kaiden Guhle, Justin Barron, Jordan Harris. Will we be able to replace Romanov: absolutely.

The Canadian had the first right to speak at the repechage session. Kent Hughes and Canadian head coach Martin St-Louis surely talked about selection strategy.

Watching Kent Hughes before the start of the draft, he seemed very confident that the plan he had prepared was going to come to fruition. He did his homework well, he thought through the decisions he had made.

The Canadian has just changed his personality.

And, the changes provide that veterans who are really interested in part of the solution will have their place in the locker room.

Hughes hasn't finished shopping. Until the unrestricted free agent market opens, he will continue discussions with his counterparts.

The priority of adding more flexibility to the payroll will require action by the general manager .

This means that Jeff Petry will change his address. That we will listen to all interesting proposals when the name of Josh Anderson is put forward. Dach's arrival gives Hughes more leeway.

And there will be more calls asking about Dvorak's status.