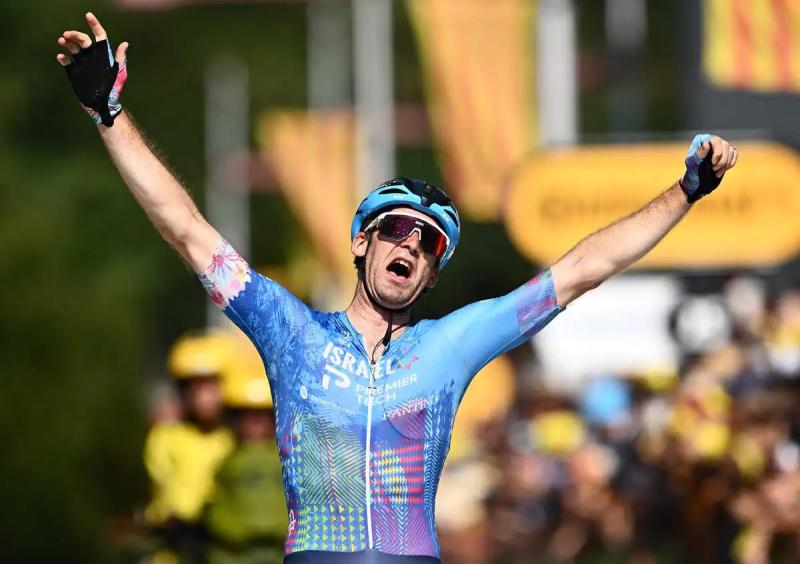 Quebecer Hugo Houle of the Israel-Pemier Tech team won the 16th stage of the Tour de France, 178.5 kilometers long, between Carcassonne and Foix on his own on Tuesday.

– Listen to Louis Bertrand, cycling expert at the microphone of Alexadre Dubé on QUB radio:

He becomes the first Quebec cyclist in history to win a stage in the Tour de France and the first Canadian since Steve Bauer in 1988.

A member of the initial breakaway of 29 riders, Houle managed to escape alone with around 40 kilometers to go. On his heels, American Matteo Jorgenson tried to come back to him, but Canadian Michael Woods was watching him closely.

Michael Woods and Hugo Houle, moments after the 16th stage of the Tour de France.

Jorgenson finally crashed before getting back in the saddle.

At the finish line, Houle pointed to the sky to greet his brother who died in December 2012. < /p>

Woods finished third in the stage.