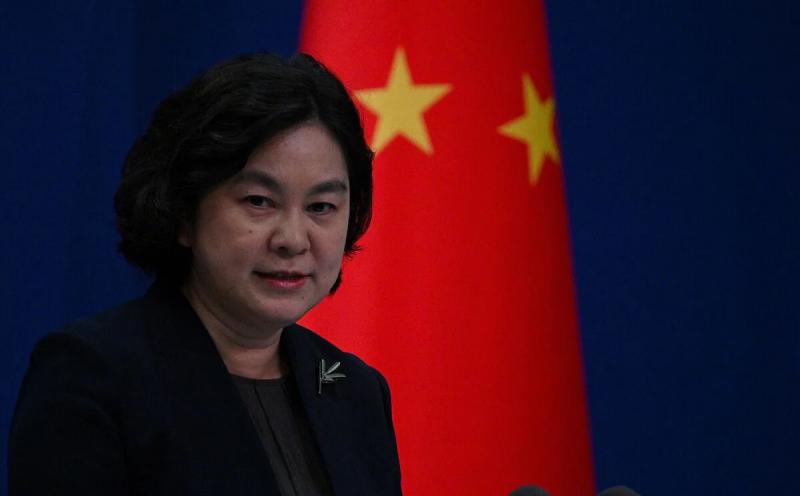 GENEVA | China welcomed its victory at the UN Human Rights Council, which refused Thursday to discuss the abuses of which Beijing is accused in its Xinjiang province, a setback for the United States.

It was the first time in the history of the UN's highest human rights body, created in 2006, that a text targeted China.

< p>“This is a victory for developing countries. (…) Human rights should not be used as an excuse to fabricate lies and interfere in the internal affairs of other countries,” wrote Hua Chunying, a spokeswoman for the Chinese Ministry of Foreign Affairs. on Twitter.

The 47 member states were to say whether they would agree to host a debate on the Xinjiang Uyghur Autonomous Region in northwest China, where Beijing is accused of crimes against humanity.

The “inaction” of the Council “shamefully seems to indicate that certain countries are (…) authorized to violate human rights with complete impunity”, denounced the American ambassador to the Council, Michèle Taylor, in a tweet. .

The draft decision, which was presented by nearly ten member countries of the Council, including the United States and the United Kingdom, was rejected by 19 countries. 17 were in favor and 11 abstained.

“The plot of the United States and certain Western countries has once again failed”, commented the Chinese Ministry of Foreign Affairs, in a press release.

On the strength of its victory, Beijing calls on the Council to look into “serious human rights violations committed by the United States, the United Kingdom and other Western countries”, citing racial discrimination and the violation of refugee rights.

Beijing has received support from traditional allies, such as Cuba and Venezuela, but also from Pakistan, Indonesia and Qatar, as well as many African countries.

Ukraine, to which the Americans provide significant support against Russia, abstained.

While emphasizing his country's support for Muslims around the world, Indonesian Ambassador Febrian Ruddyard explained that holding a debate “will not bring significant progress”.

None of the 13 African member countries of the Council took the floor. Eight supported Beijing at the time of the vote, including Senegal and Ivory Coast, and four abstained (Benin, Gambia, Malawi and Libya). Only Somalia supported Washington.

The vote of African countries was highly anticipated, due to the growing influence on this continent of China.

Several NGOs, including HRW and Amnesty International, denounced the result of the vote.

Amnesty's secretary general, Agnès Callamard, criticized countries' “silence” in the face of “atrocities committed by the Chinese government”, while the executive director of the International Service for Human Rights (ISHR), Phil Lynch, called the vote of Muslim and African countries “shameful”.

In recent weeks, China has exerted significant pressure on countries to obtain their support.

“We deeply regret that 19 governments have decided to oppose dialogue (…), while 11 States have preferred to remain silent in the face of genocide and to crimes against humanity”, reacted Dolkun Isa, president of the World Uyghur Congress.

The US initiative followed the publication on August 31 of a report by the UN High Commissioner for Human Rights on Xinjiang which evokes possible “crimes against humanity” and “credible evidence”. of torture as well as sexual violence and calls on the international community to act.

France regrets the rejection of the text and stresses that Michelle Bachelet's report “raises fundamental questions and demonstrates that it cannot double standards,” reacted the French ambassador to the UN in Geneva, Jerôme Bonnafont.

For several years, China has been accused – material evidence and supporting documents – by Western countries and human rights organizations for locking up more than a million Uyghurs and other members of predominantly Muslim minorities, including Kazakhs, in camps in Xinjiang.

Beijing has vehemently rejected these accusations and accused the UN of becoming r “the henchman and accomplice of the United States and the West”.