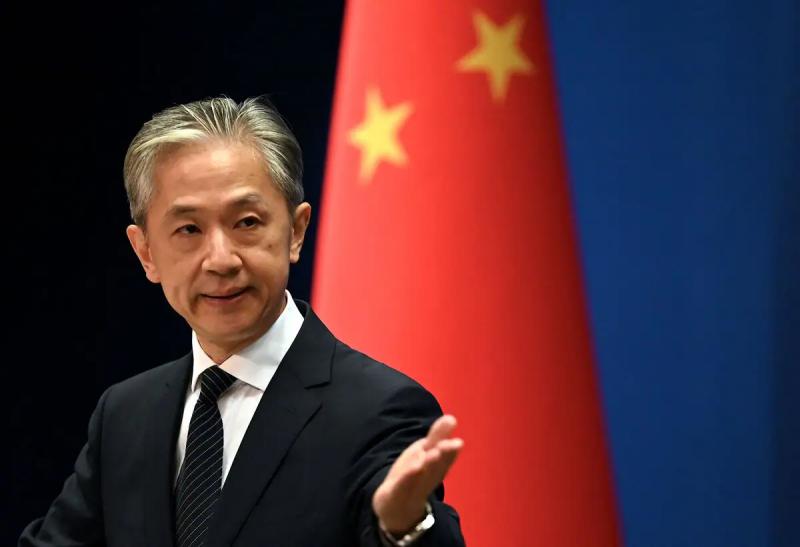 BEIJING | “A political tool” written by Western “goons”: China on Thursday strongly denounced the report published by the UN on violations of the rights of Muslims in the Chinese region of Xinjiang.

This nearly 50-page long text “is completely illegal and invalid,” Wang Wenbin, a spokesman for the Chinese Ministry of Foreign Affairs, lambasted at a regular press conference.

“This report is a collection of disinformation and a political tool in the service of the strategy of the United States and the West, which aims to use Xinjiang to hinder (the development) of China”, he underlined.

Despite pressure from Beijing, the Office of the United Nations High Commissioner for Human Rights (OHCHR) released a long-awaited report on the situation in Xinjiang late Wednesday evening.

Mixed interviews made by its services and first- or second-hand information, it raises the possibility of “crimes against humanity” in the region.

Xinjiang and the rest of China have long been stricken by bloody attacks targeting authorities and civilians. The government accuses Uyghur separatists and Islamists – the main ethnic group in the region.

In response, the authorities have launched a relentless campaign in the name of anti-terrorism for several years, with omnipresent military police, generalized identity checks and a vast network of surveillance cameras.

Western studies accuse Beijing of having at one time interned more than a million Uyghurs and members of other Muslim ethnic groups in “re-education camps”, even of imposing “forced labor” or “forced sterilizations

The UN report does not corroborate the figure of one million people but claims that “a significant proportion” of Uyghurs and members of Muslim minorities in Xinjiang have been interned.

It describes a “ large-scale arbitrary detention pattern” in the region “at least from 2017 to 2019” in high security facilities.

“The extent of arbitrary and discriminatory detention of members of Uyghurs and 'other predominantly Muslim groups (…) may constitute international crimes, in particular crimes against humanity,' the report states.

“The OHCHR created this report from scratch, relying on the political conspiracy of some anti-China forces overseas,” Wang Wenbin blasted.

“It proves once again that the OHCHR has become the minion and accomplice of the United States and the West to punish (…) developing countries.”

Without confirming them, the UN report also considers “credible” the accusations of torture, sexual violence and even rape in internment establishments in Xinjiang.

“It is not possible to draw more broad as to whether there have been broader patterns of sexual and gender-based violence in these centers, however, notes the UN.

The report, however, does not endorse the accusations “forced labor” but points to “elements of coercion” in Xinjiang's employment promotion program.

The UN also does not use the word “genocide” to describe the situation in the region. A term used by Washington, but also by the French National Assembly or the representations of the United Kingdom, the Netherlands or Canada.

“It shows that the lies fabricated by the United States and Westerners have completely deflated,” Chinese spokesman Wang Wenbin said on Thursday.

The Chilean Michelle Bachelet, whose last day at the head of the High Commissioner's office was Wednesday after a four-year term, thus keeps her promise in extremis by having published the document shortly before midnight in Geneva.

While it does not contain revelations, this report brings the seal of the UN to the accusations leveled longstanding against the Chinese authorities.

His publication had been the subject of intense pressure.

Human rights organizations and the United States, which has named China as its strategic rival, wanted to make it public. Conversely, Beijing strongly opposed it, denouncing it as a “farce”.

Reactions within Uyghur organizations based abroad are mixed. Some welcome the report, but others would have liked it to condemn China more strongly. Uyghur Human Rights Project.

“The UN has just officially recognized that horrific crimes are being committed.”

But Salih Hudayar, a Uyghur based in the United States where he campaigns for independence of Xinjiang, told AFP on Thursday that the report “is unfortunately not as strong as we had hoped”.

On the diplomatic front, Germany on Thursday urged China “to immediately grant all the inhabitants” of the region “the full exercise of their human rights” and “to authorize a new independent investigation” on its territory.