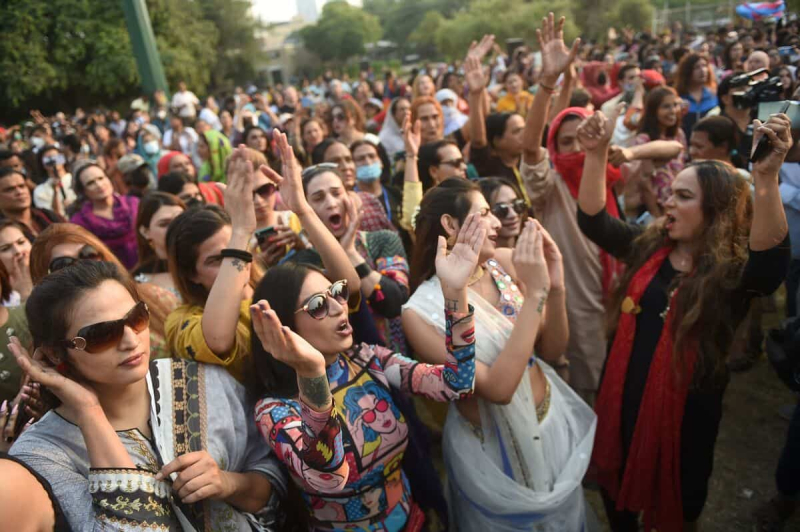 Hundreds of transgender activists demonstrated in Karachi on Sunday to denounce discrimination against their community in Pakistan.

The demonstration took place a few days after the release on the screens of “Joyland”, a Pakistani film about the relationship of a married man with a transgender woman, which was initially banned under pressure from Islamist groups.

“The time is come for us to tell people who we are and what we are asking for,” Shahzadi Rai, one of the organizers, told AFP.

“We are human beings and we have the same heart, the same feelings, the same emotions as you,” he added.

“No matter your gender, you should have the same rights,” said dance star Sheema Kirmani classic in Pakistan.

According to Amnesty International, 18 transgender people have been killed in Pakistan in one year.

Although their rights are a priori protected by law, most transgender people in Pakistan are forced to live on the margins of society, often having to beg, dance at weddings or engage in prostitution in order to survive.

In 2009, Pakistan, a country with a conservative and patriarchal culture, was among the first in the world to legally recognize a third gender.

Then in 2018, it passed a law granting transgender people the right to self-determine their gender on all official documents and even to opt for a mixture of the two.

But these advances and all attempts to further protect the rights of transgender people in Pakistan have been the subject of fierce resistance from Islamist parties who denounce the intrusion of Western values.

The film “Joyland”, which won the “Queer Palm”, an LGBT+ award, in May at the Cannes Film Festival and who will represent Pakistan at the next Oscars, at the end was also cleared last week, with the censorship authority overturning a government-imposed ban under pressure from Islamist parties.