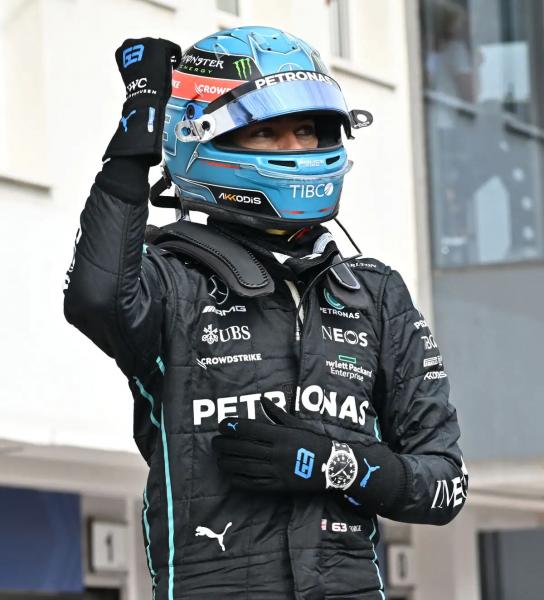 Briton George Russell (Mercedes) took his first pole position in Formula 1 on Saturday in qualifying for the Hungarian GP, ​​ahead of Spaniard Carlos Sainz Jr (Ferrari), the leader of the World Championship, the Dutchman Max Verstappen (Red Bull) did better than 10th.

Russell also gave Mercedes its first pole of the season after a complicated start to the year for the champion team. world title.

The second row of the 13th round of the season goes to Monegasque Charles Leclerc (Ferrari), 3rd, ahead of the Briton Lando Norris (McLaren).

The Alpines of Frenchman Esteban Ocon – who won the first victory of his F1 career in Hungary in 2021 – and Spaniard Fernando Alonso will start from the third row.

The Dutchman Max Verstappen (Red Bull), solid leader in the championship, will not start only 10th on the Hungaroring route, near Budapest.

After 12 out of 22 races, Verstappen is 63 points ahead of Leclerc, his pursuer. The Monegasque notably lost big in France last weekend, when he was leading the race, after going off the track due to a pilot error.

On the Hungaroring, short circuit and tortuous, not conducive to overtaking, it will therefore be time for revenge for the Scuderia driver, who is determined to leave Hungary, the last GP before the summer break, with the smallest possible gap on his Dutch rival, champion of the world title.

Quebec driver Lance Stroll has successfully completed the first stage of qualifying (Q1), then finishing in 14th position in Q2.

Sebastian Vettel, who is his teammate at Aston Martin, was among the first five drivers dismissed along with Yuki Tsunoda, Alexander Albon, Pierre Gasly and Nicholas Latifi.
In the second stage of qualifying, gathering 15 cars, only Mick Schumacher (Haas) was slower than Stroll, who recorded a time of 1 min. 19.137 sec.