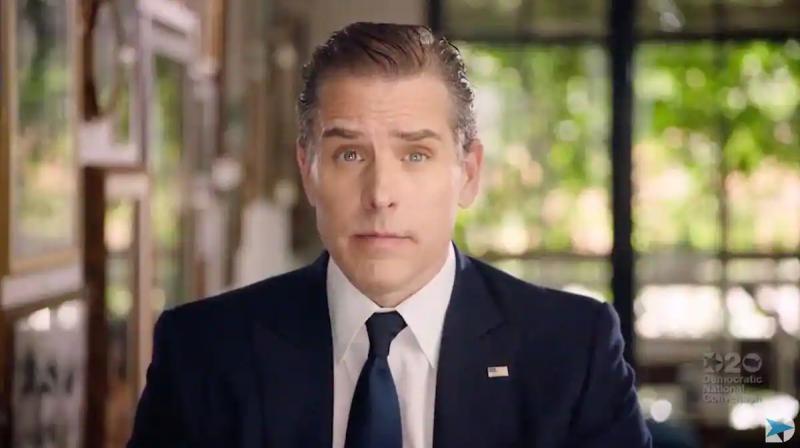 When a friend told me about the Biden son movie project, I first thought it was a hoax.

I would have had to suspect that the recovery of conspiracy theses was too enticing and that there is a whole audience of supporters of the 45th president who are never satisfied. Why not extract a few more dollars from those for whom the mere mention of the first name Hunter can counterbalance all the very real tricks of their idol?

Hunter Biden, the mine of gold

Since last Wednesday, the general public has been able to access this modest production which has had some success on download platforms. If you're one of those who believe that Hollywood is a haven for progressives, you might find some “comfort” in the fact that this is a Breitbart production.

L he conservative organization that does not shy away from xenophobia, racism, misogyny and the extreme right is trying to break into the world of cinema. Beyond the quest for a new space to convey their propaganda, Breitbart executives are trying to make up for significant losses in readership and advertising revenue.

It must be said that the story of the Biden son has become a real gold mine. If you look, you can easily find Hunter Biden t-shirts, mugs, dolls and stickers, or even photos allegedly taken from the infamous laptop he supposedly left at a repair shop. .

Not only does the film stick to the canards of Breitbart, but the composition of the film crew and the choice of the main actors testify to the very particular character of this work. Almost all of the crafters are Trump supporters or, minimally, conspiracy theorists.

The goal of the whole operation couldn't be clearer: to pair Joe Biden with his son and undermine his presidency. That we take liberties with the facts cannot hinder the realization of the project.

Breitbart caught at his own game?

You will find criticisms of the film in a large number of publications such as The Guardian, but it was however that of the POLITICO site that caught my attention.

In his report on the production of Breitbart, the journalist mentions that three Hollywood producers, including a lawyer close to Hunter Biden, had access to the set ofMy Son Hunter by presenting themselves as documentary filmmakers.

The associates rubbed shoulders with members of the production, including the interpreter of Hunter Biden, actor Laurence Fox. They thus returned from Serbia, the location of the shooting, with images of the production and confidences.

It therefore seems that we will be entitled to a second film and that Joe Biden will not be able to get rid of of that pebble in his shoe. If there is no indication that he took advantage of his son's questionable dealings, the latter sells and many of them take advantage of the fallout.