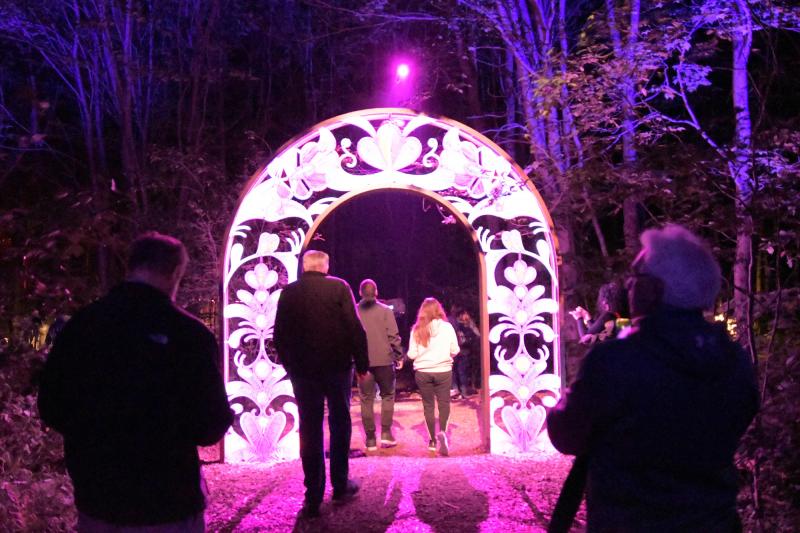 The Onhwa' Lumina enchanted night course was launched in front of several curious visitors gathered in the forest, Tuesday evening, in Wendake.

The creative director was very proud of the response so far.

“We have really nice comments. It's super touching. There is a feeling of well-being that emanates. It's a comforting atmosphere,” explains Marie Belzile, of the prolific entertainment studio Moment Factory.

In seven zones, the participants in this first evening were immersed in an immersive universe that uses technology to bring Huron-Wendat culture to life through its myths, rituals and traditions.

“We imagine a path in the forest, at night, lined with lanterns and where the forest comes to life through sound and music,” adds Marie Belzile.

“Onhwa',” in the Huron-Wendat language, means “now,” hence the idea of ​​a bridge between the past and the present.

Onhwa' Lumina aims to quickly become a major tourist attraction for the Capitale-Nationale.

At all stages of the design, members of the Huron-Wendat Nation contributed to the project.

At nightfall, the 50-minute experience consists of a 1.2 km walk in the forest, in the Boisé Saint-Rémy, adjacent to the Complexe sportif Desjardins de Wendake.

The attraction could welcome up to 100,000 visitors per year. Tickets are on sale at onhwalumina.ca.

Winner of several awards, Moment Factory has created more than 500 shows around the world.