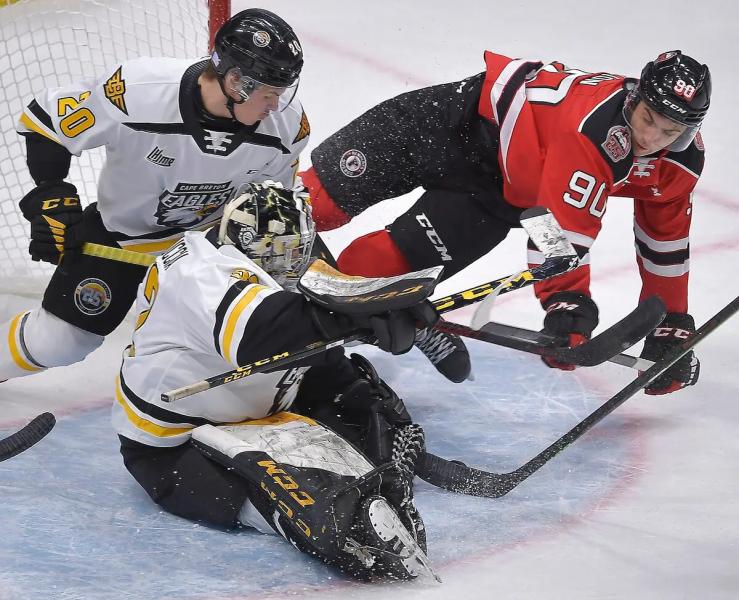 Hurricane Fiona wreaked havoc in Nova Scotia this past weekend. She also upset the plans of the Cape Breton Eagles, a formation of the QMJHL, in several respects.

“The people of Quebec have no idea what s happened here, said head coach Jon Goyens. We experienced the worst storm in Canadian history.”

Since Sunday morning, several thousand citizens of Sydney have been without electricity, but also drinking water.

“The majority of people have no electricity, added the Montrealer. The network for cell phones works at a minimum. This means that we do not always have access to the internet.

“Many houses need pumps for drinking water, but they do not have electricity to run them. For gasoline for generators, there are long lines everywhere.”

Fortunately, no member of her team was injured during Fiona's passage. Goyens took refuge in the basement of its general manager Sylvain Couturier during the strong winds.

“I would be a liar to say that I was not afraid. There was a lot of uncertainty surrounding this hurricane.

“The good news is that we didn't get as much rain as expected. He predicted 10 to 12 inches of water. The island is so wide that the temperature can be different from one sector to another. The devastation is not the same everywhere.”

As a sport, the Eagles have to deal with several logistical challenges. Starting with their home.

Since the storm hit, their arena, Center 200, has been without power. And the situation is still not restored at the time of this writing.

At the same time, the cooling systems have stopped working. The ice melted in a few hours.

“We are on the cement, said Goyens. For some unknown reason, the Membertou Indian Reserve arena, which is located a few kilometers from Sydney, has electricity.

“We transported our equipment there on Monday. . We practiced on Tuesday. Our plan is to play our game Saturday in Halifax.”

As of now, the Eagles don't know when they will return to their locker room and fans. Everything is evaluated on a daily basis.

Like all QMJHL teams, the Eagles have several players on board. A puzzle that goes beyond the sporting framework.

“It has to be the same in this situation. I am a father and I can very well put myself in the shoes of those of my players. They cannot communicate with their children.

“I allow them to stay at the arena longer if they need a shower or to be able to recharge their cell phone battery. Me and the whole team are attentive to their needs. We want to take care of them.”

Goyens and his players do not want to use Hurricane Fiona to explain defeats or poor performances in the coming weeks.

< p>“It's going to be part of the history of our season, but we don't want it to define the identity of our team.”