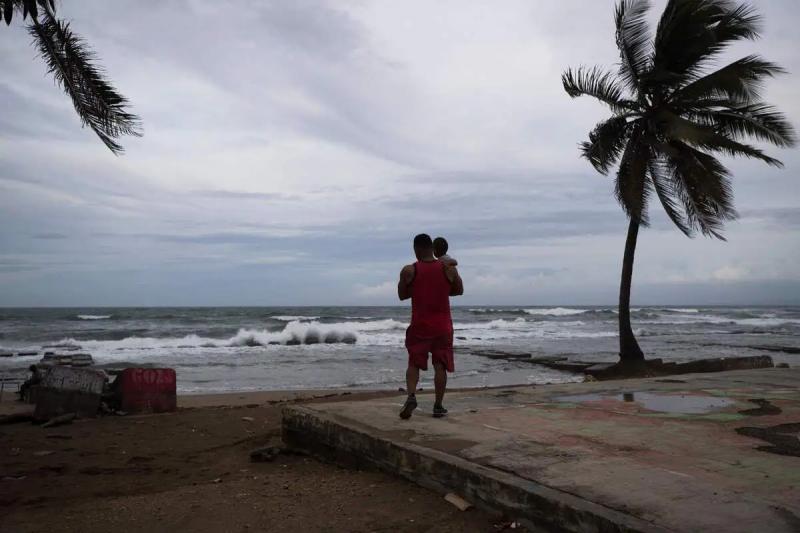 SAN JUAN | Hurricane Fiona made landfall in the Dominican Republic on Monday after crossing the US island of Puerto Rico where it caused extensive damage and left residents without power.

According to the National Hurricane Center (NHC), “the eye of Hurricane Fiona landed along the coast of the Dominican Republic near Boca de Yuma” around 7:30 a.m. GMT, with winds of 144 kilometers per hour. hour.

The NHC said on Twitter to predict sustained winds of up to 150 km/h. “Life-threatening flooding is likely to occur in areas in the eastern Dominican Republic,” according to an NHC update at 0500 local time (0900 GMT).

Prior to Fiona's arrival in the Dominican Republic, President Luis Abinader announced that public and private services would be closed on Monday. The island has placed 13 of its 32 provinces, in the North and East, on red alert.

Heavy rains began falling on Sunday evening in Nagua (North), a coastal town of about 80,000 inhabitants located in one of the regions declared in red alert.

On Sunday, Fiona upgraded from a tropical storm to a Category 1 hurricane, at the bottom of the Saffir-Simpson scale, and made landfall at 3:20 p.m. local time (7:20 p.m. GMT) on the southwest coast of Porto. Rico near Punta Tocon, carrying winds of up to 140 km/h. US President Joe Biden has declared a state of emergency for Puerto Rico.

Fiona has notably caused landslides, downed trees and power lines, made roads impassable and led to the collapse of a bridge in the town of Utuado, in the mountainous region in the center of the island, said Governor Pedro Pierluisi during a press conference on Sunday evening.

No electricity or drinking water

The entire Territory of Puerto Rico, which has more than three million inhabitants, was deprived of electricity as the hurricane approached, he added. At the same time, some 196,000 people were deprived of drinking water.

In the town of Utuado, a family saw the zinc roof of their house blown off, like in 2017 during Hurricane Maria, according to local media.

On Monday, Puerto Rico's electricity company indicated on its website that it had “restarted certain circuits”, without giving figures on the number of people supplied again.

In Puerto Rico, the NHC has warned that devastating rains and flash floods will continue to hit the island.

Fiona will remain a “catastrophic event due to the aftermath of flooding” in the central mountainous region of eastern and southern Puerto Rico, Pierluisi tweeted, adding that 23-33cm of rain had fallen in just five hours. .

A former Spanish colony, Puerto Rico, which became a United States territory in the late 19th century before gaining special status as an “Associated Free State” in the 1950s, is experiencing serious problems of infrastructure for several years.

The island was devastated in 2017 by hurricanes Irma and Maria which seriously damaged its electricity network. This was then privatized in June 2021 with the stated aim of solving the problem of power cuts. The island, however, experienced a blackout in April 2022.

The depression is expected to strengthen before heading north towards the Atlantic Ocean, according to the NHC. Tropical storm conditions are expected in the Turks and Caicos Islands and southeastern Bahamas by late Monday or Tuesday morning.

Fiona had already caused serious damage during of his passage in Guadeloupe in the night from Friday to Saturday. In places, the water had risen more than 1.50 meters. A man had died there, carried away with his house by the waves of a flooded river.

With the warming of the surface of the oceans, the frequency of the most intense hurricanes, with more violent winds and more precipitation increases. In particular, they pose an increasing risk to coastal communities.