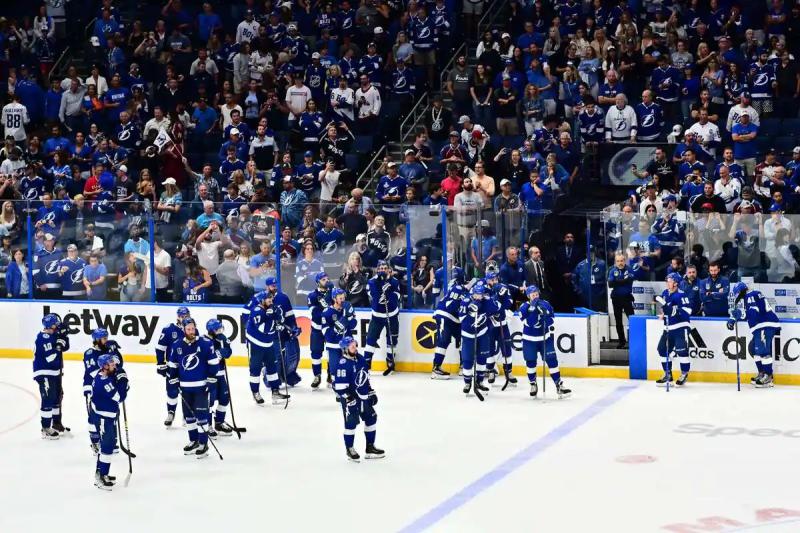 Hurricane Ian causes a series of logistical challenges in the sports world in Florida, particularly in the Tampa Bay area, which was heavily affected by the storm.

In the middle of training camp for the NHL season, which begins in just over a week, the Tampa Bay Lightning was forced to relocate to Nashville, where they will face the Predators tonight. They will remain there until further notice.

Lightning Director of Player Development Jean-Philippe Côté was unable to travel with the team due to Ian's passing.

“I came back to Quebec after the rookie tournament in Carolina and I was supposed to join the team last Sunday but I had to cancel the trip due to the storm, ”he told the Journal on Wednesday.

The Bucs will play

Meanwhile, the NFL's Tampa Bay Buccaneers have a game scheduled against the Kansas City Chiefs at Raymond James Stadium, which is scheduled to take place Sunday night as scheduled, the league announced yesterday.

The organization announced that the Tampa area had avoided “the most damaging consequences of this powerful storm”, so that the band of Tom Brady should be able to face that of Patrick Mahomes. The NFL had identified U.S. Bank Stadium in Minneapolis as an alternate field in the event it was unable to present the game in Tampa Bay. The Bucs are currently training at the Miami Dolphins facility in Davie.

As for the Tampa Bay Rays, the Major League Baseball (MLB) team is in the middle of a a nine-game road streak to wrap up the regular season. The series between the Atlanta Braves and the New York Mets could be impacted. For their part, the Florida Panthers were not overly affected by the hurricane. However, the population had prepared for the worst, said the defender of the Remparts de Québec, Evan Nause, freshly returned from the camp of the Panthers.

“Everyone took their precautions and made sure that their cars were full of gasoline. There were no more water bottles in the shops. I was sitting on the plane waiting for my flight back to Quebec and a tornado alert appeared on my cell phone! It was a bit crazy but luckily I came back safe and sound. »