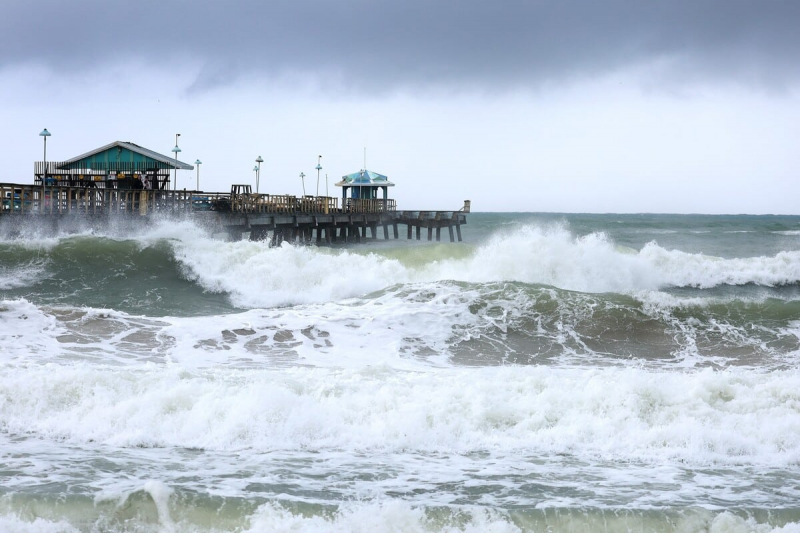 Hurricane Nicole reached Florida in the southeastern United States on Thursday before weakening into a tropical storm, raising fears of destruction and the postponement of a major space mission .

The hurricane made landfall early in the morning along the state's Atlantic coast, just south of Vero Beach, according to a bulletin issued at 0800 GMT by the Miami-based National Hurricane Center (NHC). p>

The NHC, however, reported an hour later that this Category 1 hurricane – a rare phenomenon at this late time of the year – had weakened, the strongest winds increasing from 120 to 110 km/h, and was now classified as a tropical storm.

In addition to fears of damage, Nicole led NASA to consider postponing the highly anticipated rocket launch, which had already been postponed.

The impact of the hurricane Wednesday's passage on the he Bahamas archipelago was not yet known when she arrived in Florida.

Nicole arrives a few weeks after Hurricane Ian, one of the most powerful on record in the United States, which caused more than a hundred dead in Florida.

An alert has been issued for the state's east coast, from the city of Boca Raton to the border between Flager and Volusia counties, the NHC said.

The state's Governor, Republican Ron DeSantis, meanwhile declared 45 of Florida's 67 counties to be in a state of emergency.

He added that 16,000 people had been mobilized to deal with the power cuts, and that 600 National Guard personnel were also placed on alert.

Nicole threatens to hit the Kennedy Space Center, in particular, near from the city of Orlando, where the hurricane has already forced NASA to postpone the launch of its most powerful rocket ever built, from November 14 to 16.

A possible new date for the Artemis 1 mission has now been scheduled for November 19.

The rocket named SLS is designed to withstand winds of 74.4 knots, or approximately 137 km/h.

This summer, two take-off attempts had been canceled at the last moment, due to technical problems, then the 98-meter-high machine had to be returned to its assembly building at the end of September to be protected from Hurricane Ian.

The rocket, whose value is estimated at several billion dollars, has only been on its launch pad for a long time. a few days.

The Artemis 1 test mission, without an astronaut on board, should mark the very first flight of the great American program back to the Moon.