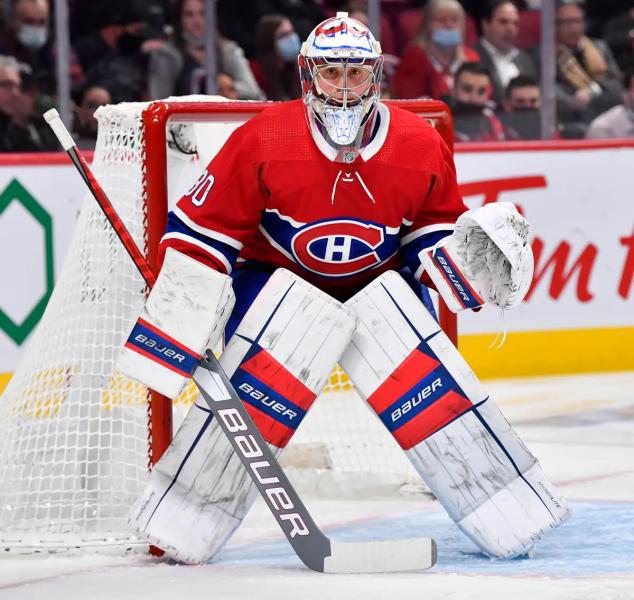 Cayden Primeau signed a one-way deal. That of the National League. The contract stipulates that he will average over $800,000 per season. It's not much, but it makes sense in his case.

He's been allowed to use a few options over the past few years, but it never worked out. Two seasons ago, we thought he would be given the role of auxiliary to Carey Price, but finally Jake Allen landed in Montreal from St. Louis where Jordan Binnington had stolen his position as number one goaltender in the league. team.

We insisted on explaining the decision to hire Allen on a theory that we constantly defend: we want to give Primeau the opportunity to play several games in the American League.

This theory applies to goalkeepers who fail to convince their employers that they have all the attributes to occupy an impact position within the team.

But be careful, nothing is lost. Chance sometimes does things well. The door is still ajar. Carey Price will no longer play with the Canadian, it seems more and more obvious. When we thank the fans of the team as the goalkeeper has done in the last few days, we know that we will no longer be able to respect the standards that we have established over the years.

And since the Canadian is putting the franchise back on track by having a business model that we want to apply to the letter, Price can no longer make the difference. It can no longer be the solution.

The decision makers of the organization will now have to find a way to absorb this heavy contract of $ 10.5 million from the payroll.

So if we summarize the situation well, it will be a decisive season for Primeau.

At first, there will be a fight between three: Allen, Samuel Montembeault and the American.

Allen is finishing a two-year deal and his chances of staying with the Canadiens in 2023-24 are pretty slim. It is debatable whether he will still be with the team before the trade deadline. In the case of Montembeault, he finds himself in the same situation as Primeau except that he has some league experience. But does he have the makings of a goalkeeper capable of carrying his team? The same question comes up in discussions about Primeau.

Second, his performances during the American League playoffs caught the eye, and senior management agreed he deserved an even bigger tryout.

So far, he hasn't been convincing during his time with the Canadiens. Except that we believe in its potential. Do decision-makers think that he can eventually become the first guardian of the organization? We'll let Primeau provide the answer.

In the meantime, Kent Hughes and Jeff Gorton will continue to shop. But go find a number one keeper through a trade? Teams with a goalkeeper capable of making the difference, usually, he is reserved a place of choice in the organization chart of the team. However, we know at the Canadian that if we can bet on a reliable goalkeeper, a goalkeeper capable of supporting a young and inexperienced defensive brigade is a necessity.