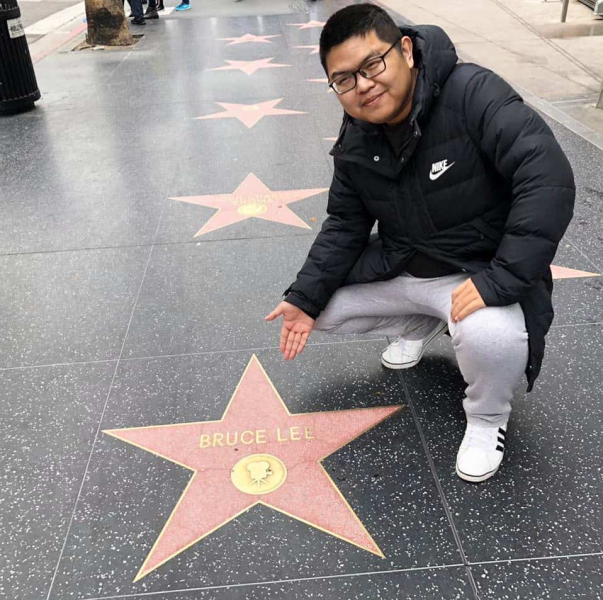 The ex-Hydro-Québec employee arrested on Monday for spying for China was working from home and had not been the subject of a security clearance, despite the strategic intelligence to which he was given had access.

Yuesheng Wang, 35, had been hired in early 2018 and he mostly worked remotely due to the pandemic, until he was fired a few weeks ago , learned our Bureau of Investigation from well-informed sources.

It is in this house in Candiac, on the South Shore of Montreal, that the suspect lived.

This information is far from trivial; it would have greatly facilitated the task of leaking industrial secrets for the benefit of the Middle Kingdom, we learned.

“He would have stolen a lot, a lot of information”, indicates an informant near the case, who requested anonymity as he is not authorized to speak to the media.

Wang, who does not speak French and speaks English with difficulty, was attached to Hydro-Québec's Center of Excellence in Transport Electrification and Energy Storage (CEETSE), located in Varennes, Montérégie.< /p> YueSheng Wang was charged with espionage for sharing trade secrets with China while employed by Hydro-Qubébec.

He would have stolen strategic information related to the materials used in the manufacture of the batteries. The researcher did not have the profile of a seasoned spy.

“He was quite reckless in his communications. Frankly, he was not smart”, we are told.

The affair triggered a whole commotion at Hydro, and raised suspicions about the management of industrial secrets of the state corporation. Sources familiar with the ongoing investigation would not be surprised to see more employees resign in the coming weeks.

“For the benefit of China”

Yuesheng Wang is scheduled to appear at the Longueuil courthouse on Tuesday to make four counts, including industrial espionage, a first in Canada (see text below).

He is also charged with fraud for obtaining trade secrets, breach of trust and unauthorized computer use.

“He would have obtained this information for the benefit of the People's Republic of China, to the detriment of Canada's economic interests,” said David Beaudoin, officer in charge of the Integrated National Security Team (INSET), in a press briefing on Monday. of the Royal Canadian Mounted Police (RCMP) in Quebec.

The officer in charge of the Integrated National Security Team of the Royal Canadian Mounted Police in Quebec, David Beaudoin, during his press briefing on Monday in Montreal regarding this file.

The suspect is said to have done research for other Chinese research centers and a university of Chinese origin. rather than Hydro-Québec,” said Inspector Beaudoin.

The INSET began its investigation last August, after being alerted by Hydro.

< p>“[Wang] did not have access to information relating to the core mission of Hydro-Québec. All of his access was withdrawn from him on the first suspicions,” the state-owned company said on Monday.

Yuesheng Wang, 35, a former Hydro-Quebec employee was arrested on Monday. He is suspected of leaking secrets to China.

Chinese researcher arrested for spying on Hydro-Quebec is charged under a section of law that had never been used since it was passed more than 20 years old.

“We do not have an adequate law for the world in which we currently live”, affirms Michel Juneau-Katsuya, ex-agent of the Canadian Security Intelligence Service (CSIS).

Yuesheng Wang, 35, is charged with espionage for having obtained industrial secrets as part of his duties at Hydro-Quebec, under Canada's law on the protection of information. This is the first time in history that such a charge has been laid in Canada, the RCMP said.

According to Mr. Juneau-Katsuya, who was director of the Asia-Pacific zone of the CSIS, the under-use of this law shows that the police are not accustomed to investigating this type of case and that the prosecutors, who must lay the charges, are reluctant to move forward.

< p>“When the law is so obscure or so weak that it does not give a chance of winning, we will not try,” he says.

According to him, there is an urgent need to adopt a Canadian law that will better protect us, as the United States has done with its law on economic espionage.

“Canada and Quebec are among those who invest the most in research and development. We are at the cutting edge of technology, but we do not protect ourselves. It’s naivety that borders on stupidity,” says Michel Juneau-Katsuya.

The Candiac resident was arrested Monday morning and will appear at the Longueuil courthouse on Tuesday.

“I was just so surprised he was brought in. I don't think he did the things for which he is accused […]. He's a good guy. He is a responsible man,” said Wang's spouse when questioned by Le Journal at the family home.

A native of China, Yuesheng Wang obtained his doctorate at the Chinese Academy of Sciences.

He was subsequently a researcher at Queen Mary University of London and the University of Arkansas before joining Hydro-Québec in 2016.