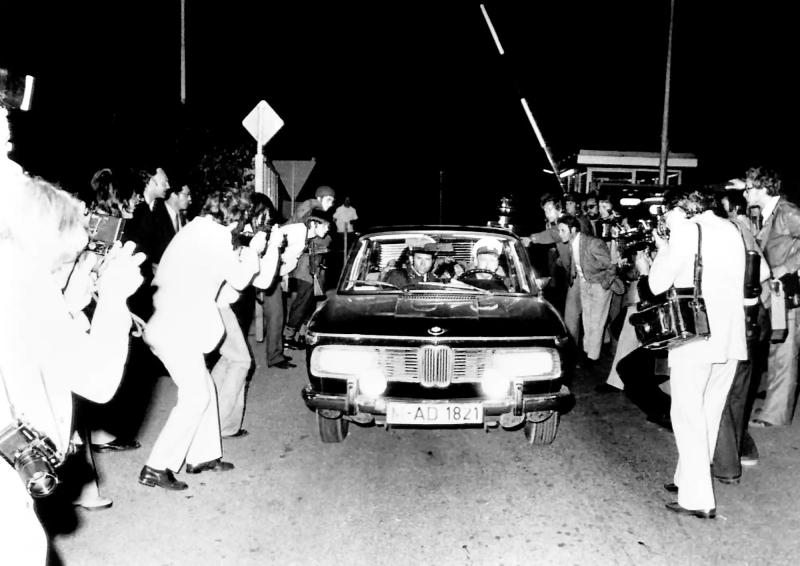 The Munich Olympics bombings will forever be etched in David Hart's memory.

A member of the Canadian water polo team in 1972 as well as the Montreal Games four years later, Hart vividly remembers the moment the bound and blindfolded hostages left by bus with their captors for the military base. from Fürstenfeldbruck on the evening of 5 September. The residence of the Canadian team was located directly in front of that of Israel.

Activists and hostages were on the bus on the evening of September 5.

“These are images that I will never forget,” he says. As the bus was located in a brightly lit area, the hostages could be seen. They had their hands tied together like cattle. They were terrified. During the negotiations, I was able to see very, very closely two of the terrorists armed with their submachine guns. I can still see them in my head.

Unintentionally, Hart and a few of his teammates helped the terrorists break into the Olympic Village.

“We watched the second game of the series of the century between Canada and the Soviet Union in the CBC studios located right next to our residence, but separated by an eight-foot high fence, says the one who also took part in the 1984 Games in Los Angeles and in Sydney in 2000 as an assistant coach. After the match, it was 4 am (six hour time difference with Canada) and we were tired. We decided to go over the fence rather than take the big detour to reach the main entrance to the village. »

As he crossed the fence, Hart encountered others who were doing the same thing, he believed, to return to their residence.

“We saw other people dressed in tracksuit identified with no country. This was normal since the athletes did not always wear the official clothing of their country. They had sports bags and we helped them into the village.

A few years later, the revelations of Time Magazine concerning the entry into the Olympic Village of the terrorists confirmed Hart's apprehensions.

“It was confirmation that the people with us were terrorists and not athletes as we thought. Their weapons were possibly in their bags. They were given the opportunity to cross the fence. It was the perfect location since they could quickly attack the Israeli residence next door.

The German police gathered to lead guard in front of the apartments where the athletes were staying.

Like Hart, Pierre Plouffe also jumped over the fence on the night of September 5 with a teammate from the water ski team after watching Canada win 4-1.

“When we went to bed, we heard noises, but we never thought it could be gunshots,” says Plouffe, whom we joined in Bordeaux where he is taking part in the world championship of masters.

“When they evacuated Mark Spitz by helicopter in the morning, we thought we might be targeted before realizing that the terrorists only wanted to attack Israelis.

“During the day, the Canadians wanted to take pictures and a terrorist pointed his machine gun at the Canadian house, to pursue Plouffe. We tightened our little kodaks and no one played the brave.

A seven-time Munich gold medalist and setter of seven world records, Spitz was of Jewish descent and there were fears for his safety.

Plouffe has no fond memories of the Munich Games, where his sport was on display.

“Despite the extraordinary feats achieved, I only remember the attacks,” he sums up. The Germans could not have lowered their heads. In debt to the teeth to make people forget the Berlin Games, the Germans now had to live with these attacks.

Invited to his daughter's high school in 1996 to share his Olympic experience, Hart broke down in tears when questioned by students about the attacks.

“The same thing happened in 2012 during a CBC interview to mark the 40th anniversary”, underlines Hart in very good French learned in contact with his Quebec teammates and the Hungarian coach who led the Canadian team at the 1976 Games, and who expressed himself very well in the language of Molière.

“I am now able to discuss it without losing control of my emotions. »