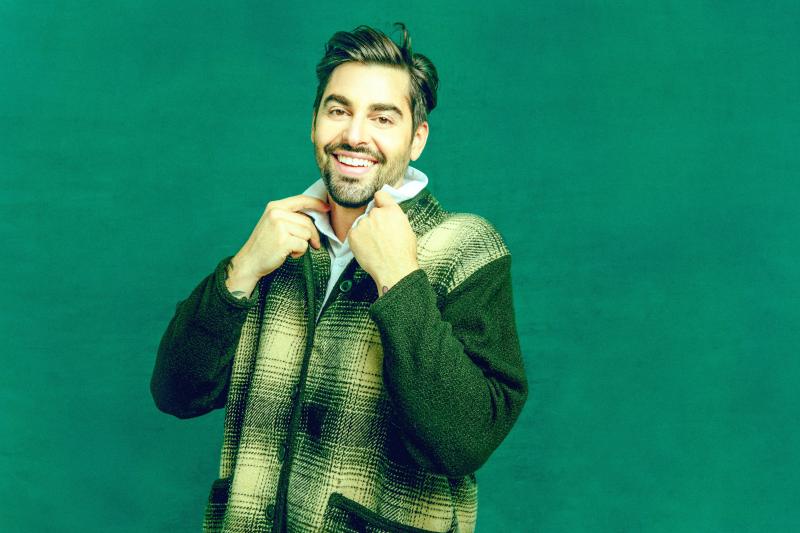 The pandemic has been a time of questioning for many artists, and King Melrose was no exception. After three difficult years on the “monetary, professional and mental” level, where he tried to redirect his career, the king of the charts finally found his reason. A series of happy moments, including the birth of his daughter Flora, gave him back the taste for making us dance.

He even had to return to the job market, because the one to whom we owe many radio hits (Don't let me down,You can dance, Free to love yourself,Save me from you) is not rolling in gold though. He was notably a postman and worked in construction.

“It was the desert on the creative level, he laments on the other end of the line. I really wondered if I was still making music.”

But now life turned out to be brighter in April 2020, when he found true love at a time when he no longer believed in it. With Sophie, who is a doctor, he quickly started a family and the birth of little Flora, to whom he wrote a song, plunged him into an “agonizing” but “intensely beautiful” period.

This unexpected happiness and the meeting with new collaborators (Ricky Paquette, Kim Richardson, Claudia Bouvette) rekindled his flame. “I realized that I didn't know how to do much other than sing and be good at it. I feel alive doing this job,” he says.

Back to pop soul

This is how a new EP bloomed in his mind, Fleur de cactus – Side A (the B side will come in 2023), a bouquet of six songs that return to the pop soul of its beginnings (influenced by Leon Bridges and Sam Cooke), and inspired by the “new foundations of his life”. Launched yesterday, they demonstrate that King Melrose, whose real name is Sébastien Côté, has lost none of his innate sense of melody.

Album door aptly titled since the cactus flower, which grows in arid environments, is for him the most beautiful illustration “that it is in hostile moments that super beautiful things can be born”.

And life continues to hold beautiful surprises for King Melrose. Last Tuesday evening, he received the Eddy-Marnay Prize awarded by the SPACQ Foundation (Professional Society of Authors and Composers of Quebec), accompanied by a $10,000 scholarship.

Côté shows, in addition to performing at a festival in France on October 8, he will be opening for comedian Mariana Mazza for part of the fall. A weird marriage? Not that much: Mariana Mazza is a “great accomplice” of the singer and godmother of her daughter.

“Mariana does nothing ordinary, he underlines. She has already written a song with me, participates in my creation, and listens to my questions about the job. We often had discussions that led to ideas for shows. She will be part of my life for a long time… even if sometimes she talks a lot (laughs)»!

The album Fleur de cactus – Side A, is available on all platforms.