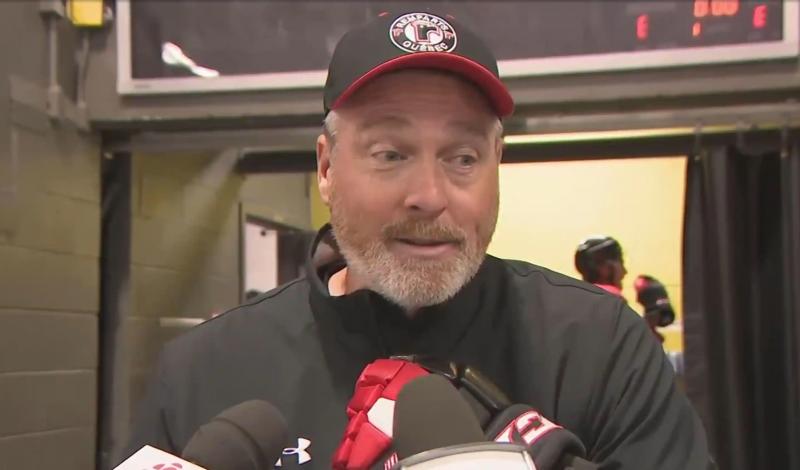 The head coach of the Quebec Remparts, Patrick Roy, returned to the incidents of last Saturday, Tuesday, at training with his team.

“ I fell in the trap and not nearly, like a baby lala, he said of his expulsion from the meeting. I had a lesson and that's fine.”

Referee Olivier Gouin was also on the ice, he who was also in charge during the controversial elimination of the Remparts last spring.

Roy therefore also broached this subject and that of refereeing in the Quebec Major Junior Hockey League.