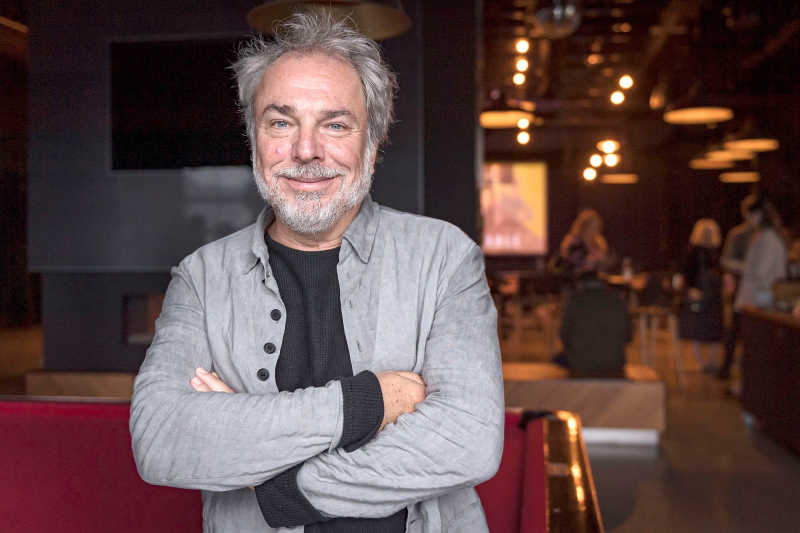 Christian Bégin bluntly admits it. The negative reviews his solo show received last fall stunned him. “It was disastrous. I found it terrible”, says the one who rolled up his sleeves to come back with an improved show that he delivers with much more pleasure today. Interview with the 59-year-old artist who will be back in a few days to host the concept evening La nuit de la depression.

This will be the third time you've hosted The Night of Depression. Why are you coming back to do this event?

“Each time is one of my best nights of the year. It's a unique and extraordinary show, with a cast you can't find anywhere else. There are about twenty guests. It goes from Ariane Moffatt to Luc De Larochellière, Laurence Jalbert and Catherine Éthier. This is one of the most impressive and diverse casts to be seen on stage in Montreal right now. […] It is a liberating show that feels good. The world comes out of there galvanized. They experience a whole range of emotions. Plus, it's for a good cause. All proceeds from the evening go to the Ronald-Denis Foundation. So it's both to do good for yourself and do good for others.”

What is this evening about?

“There are sad songs and numbers that all revolve around depression. But the accumulation of sad numbers makes it one of the funniest nights. We are so second degree, which is a lot of good. There is something absolutely magical about this evening. […] We have every reason at the moment to blubber. The fact that we put depression at the heart of the evening, it creates a kind of catharsis. We embrace the depression with a lot of derision.

How is the tour of your solo show going, The 8 deadly sins?

“Things are going really well today. But it is a show that was left “on the garnotte”. The critical reception last fall was really very trying for me. It took a lot of humility and hard work. After a really rough start, I found my show, I refined it. I fell in love with the show. […] I am happy because I really had trouble. I wanted to let go. I didn't want to do it anymore. I was in a love-hate relationship with my show. There, everything fell into place. The show works, people laugh. I think it's a show that has found its audience.”

Why was it so difficult to start?

“I think I was not ready. I hadn't honed it enough. I come from the theater where you don't run the shows. We go back to the theater and a week later, it's the first. My first two solo shows, I hadn't tried them at all. I had returned directly to Montreal. But there, after 25 years of absence, at my age and with the expectations that there were around this show, I was not prepared enough. I hadn't taken care to give all the keys the public needed to understand how second-degree I am.”

What was your reaction when you saw the negative reviews at the after the premiere?

“It was disastrous. I found it very hard. It is a terrible ego wound. Because when you're alone on stage, the only person responsible for what happens is you. It was the first time I had faced such unanimously harsh, confrontational and bad reviews. There are even some that I found violent. I found it extremely difficult, but you have no choice. It's a job, it's a job. I cried out all the tears in my body. But you roll up your sleeves, you work and you go do your job.”

What TV projects are you working on?

“I'm finishing the filming of Isabelle Langlois' new series [Rumors, Bad karma], The Candidate. I have a super nice role, a kind of Big Lebowski, a grumpy man who is always angry, but also endearing and very funny. It is a magnificent comedy-drama about politics. I am also resuming the filming of Y’a du monde à messe and Curieux Bégin. […] My professional life could not be more generous for me at the moment. I am one of the privileged few in this profession.”