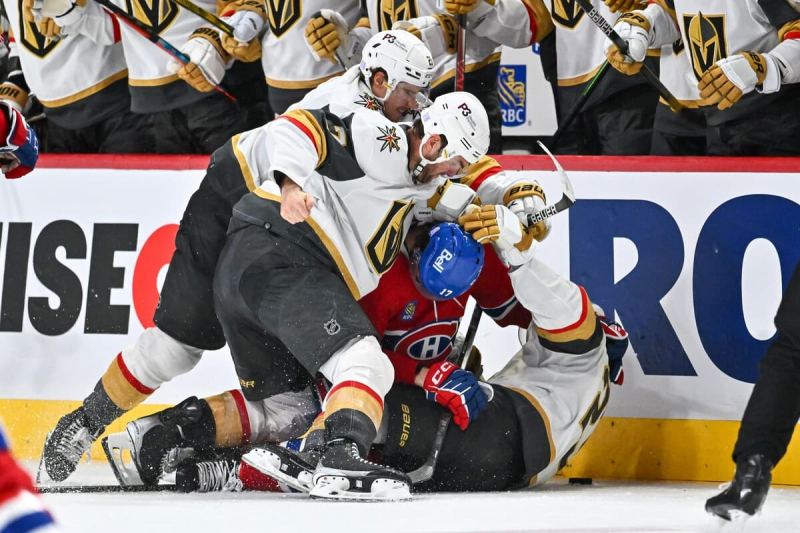 There isn't much love between Josh Anderson and Alex Pietrangelo. After taxes and death, there is now a third certainty. Anderson won't send a Christmas card to the Vegas Golden Knights defenseman.

“No”. A little word. That was Number 17's response when asked if he had spoken to Pietrangelo since the November 5 incident.

Anderson has now completed his two-game suspension for hitting Pietrangelo from behind in the third period in a 6-4 loss to the Golden Knights.

For the first time ever, the CH big winger commented on the decision of the National Hockey League (NHL). If he accepted the verdict, we can say that he still had a lot on his heart.

“I explained to the NHL that I was chasing the puck,” he said. When I look at the recovery, it is true that I had the opportunity to slow down. But it happens quickly. He juggled the puck twice. He is a right-handed defender. He could clear the puck or send it behind him for a play at the other defenseman. I tried to hit him on his shoulder as hard as I could, but he moved and got into an awkward position.”

“I was happy to see he was OK afterwards. the defeat. He even found himself on the ice in numerical superiority from the next presence…”

“He got up immediately and hit me twice in a sneaky way (sucker punch). I imagine you have the right to throw two punches in the face.

Before his suspension, Anderson had recorded five points (3 goals, 2 assists) in twelve games.

At a press conference, Martin St-Louis reiterated his admiration for his new captain, Nick Suzuki.

“ He is very mature. When you look at the way Nick played this season, you realize he was ready to be the captain of this team. He opened the season with a new contract and a new title within the team. But that doesn't bother him. He does not listen to outside noises. We are very happy with his game.”

The weight of a “C” on his jersey did not affect him despite his young age (23). After 14 games, Suzuki dominates CH with an impressive collection of 18 points (9 goals, 9 assists).