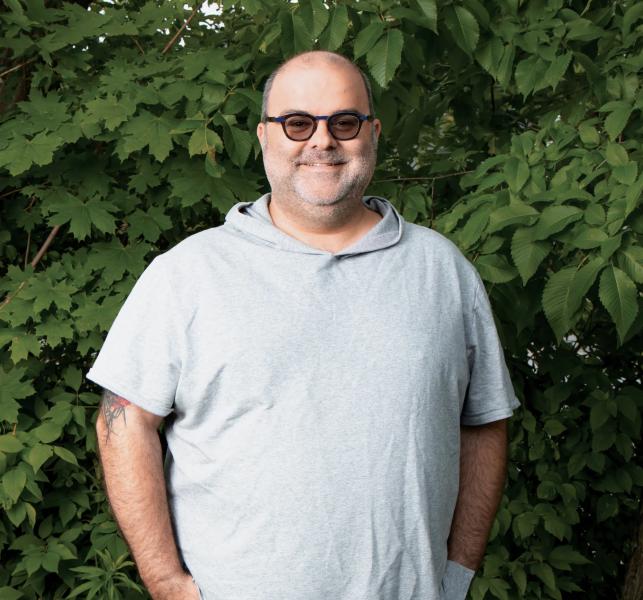 Two years after accepting the challenge, Laurent Paquin is finally on stage this summer in the role of François Pignon, in the famous play Le diner de cons. The comedian nevertheless continues to make jokes and he is even preparing his next one man show.

Iconic character of French comedy, François Pignon was a role obviously intended for Laurent Paquin. “The French actor Jacques Villeret was brilliant in the film based on the play, explains the comedian. I am a big fan of French comedies and, for me, Le diner de cons is a masterpiece in the same way as the best plays by Molière or Feydeau. It's all there!”

However, Laurent Paquin almost never played it. “André Robitaille and I had wanted to do a show together for years, but it was never possible, mainly for scheduling reasons. When he offered me The dinner of idiots, I was super happy because I was finally available. Everything was working, even if we did not yet know that we were going to have to postpone the project for two years due to a global pandemic. Even after these postponements, the originally planned cast was able to make themselves available and everyone embarked on the project with pleasure.

Return to the theater

< p>If Laurent Paquin is a regular on the scene, especially in solo, he nevertheless played little

theatre, except in L’emmerdeur, almost 15 years ago, in Just for Laughs, and in a few musicals like Chicago or Demain matin, Montréal m’attend. “For me, The Cons Dinner is out of category; this is the most important thing I will have played on stage. But I'm not a nervous person before playing, I never get nervous. I just need to have fun. Jacques Villeret and Thierry Lhermitte were perfect in the film, but you have to forget what has been done before and play it as you think it should be played.”

A gala in August

In addition to the performances of the play, Laurent Paquin works diligently on the gala ComediHa! which he will host on August 18. “It’s a lot of writing, and the preparation takes up a lot of my time. Otherwise, I write jokes, I quietly prepare a new show. Guillaume Pineault, Billy Tellier, Sylvain Larocque, Mona de Grenoble, Julie Ringuette, Pascal Morrissette and Fabien Olicard will be part of his gala, presented at the Capitole Theater in Quebec.

The comedian is also developing a long-term project footage, but he goes at his own pace. “I'm working on a film script and we'll see what happens. This is an area that I do not master, so I know that it can take years before it succeeds. I work with a friend, Jean-François Léger, who has more experience than me.”

News of his children

Laurent Paquin took advantage of our meeting to give us news of his family. Her son has completed his third year of high school and has found a new passion. “Albert recently discovered boxing. With the pandemic, he had been in front of his computer for two years playing video games. I thought it was starting to be dangerous; he had to get out of the house for a bit. I offered him to do boxing, and it finally interests him a lot. I don't think he's going to make it as far as fighting in a ring, but it does give him cardio. As for Lisa, she is still in elementary school. She collects snails and rides a bicycle. Everything is beautiful for her.”

The play Le diner de cons is presented at the Maison des Arts in Drummondville until August 27. Info: monarqueproductions.com. Laurent Paquin will host a ComediHa gala on August 18 live from the Capitole Theater in Quebec City. Info: comedihafest.com.