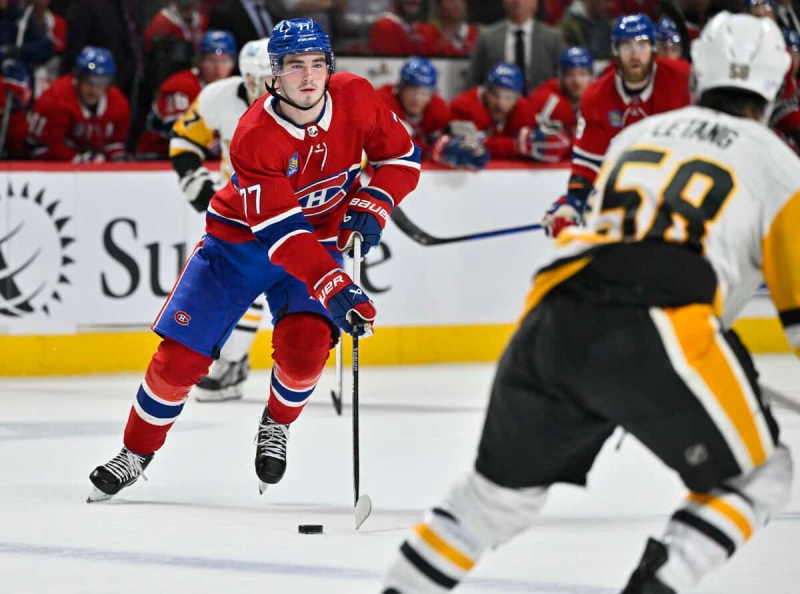 The third overall pick in the 2019 draft, Kirby Dach's main goal was to establish himself as an impact player in the NHL. He did not succeed with the Blackhawks who had nevertheless bet on him before renowned players like Moritz Seider, Trevor Zegras and Cole Caufield.

In Chicago, Dach never had a real chance to bloom. After three seasons, one of which was ruined by an operation on his right wrist, the Albertan was part of the big Hawks household, finding himself involved in a three-team pact on July 7 with the New York Islanders and the Montreal Canadiens.

At 21, Dach was packing his bags for the first time. But in addition to a plane ticket to Montreal, he received the chance to restore his career with a new organization.

“Hockey is always more fun when you win,” Dach said on the eve of the New Jersey Devils' visit to the Bell Centre. There is an interesting culture here with a good mix of veterans and youngsters. We get along well, we have fun. “

” I have confidence in myself, I play well, he continued. I don't feel like I've changed too much, I'm focusing on the next game. I want to improve and I have to keep working hard. »

Confidence, Dach has not been lacking lately. Martin St-Louis had a lucky hand on October 29 by placing him on the right wing of the first unit along with Nick Suzuki and Cole Caufield.

In his first seven games in the first trio, number 77 made a giant leap offensively with 11 points (3 goals, 8 assists).

Kent Hughes had sacrificed defender Alexander Romanov in the hope of getting a big right-handed center likely to play among the first three lines. But with such good numbers on the right wing in recent games, we forget that he no longer plays in the center position.

“There are different responsibilities on the wing,” Dach acknowledged. But I still have to do the job. No matter your position, you have to play well.

In his first seasons in the NHL, Jake Evans often shuttled between center and wing.

“Defensively, it's easier when you're on the wing,” Evans said. He doesn't have the stress of face-offs either. And when you play with Nick and Cole, you find yourself in a good position. If he wants to become a first-line winger, he has the talent to fulfill that responsibility. He's been playing really well since the change.

In Chicago, captain Jonathan Toews had already said so. He felt the team management gave up too quickly with Dach. Asked about this subject, St-Louis offered a most interesting answer.

“If you give up on a 21-year-old player, in hockey or in anything in life, you don't have not much patience, he replied. You don't have the overall portrait at this age. He's so young, Kirby is a 3rd overall pick in 2019. What do I see? I see 3rd choice overall. It has undeniable assets such as its size and scope. »