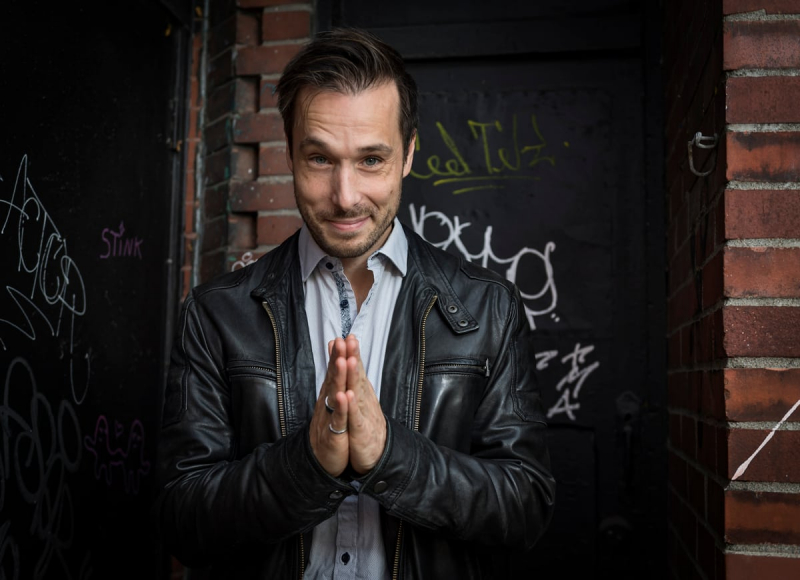 After giving some 150 virtual shows for 50,000 people during the pandemic, Luc Langevin was happy to return to the theaters for his new tour, Truths. For the illusionist, the challenge of reinventing himself was more difficult than ever.

Co-producer of his tour, Luc Langevin wondered if the final number of his new show would be able to pay for itself. The reason? This segment of less than five minutes had cost … more than $ 100,000!

“It was super daring in a post-pandemic period, he says. But I'm confident, because it works. In my previous shows, everyone was up at the end, but I had to tell them that was the end. There, when this number ends, everyone gets up, because we know that there is nothing else that will come after that.”

The illusionist recognizes that it is increasingly difficult to come up with original tricks and impress the public. “People have access to just about every number on the planet with YouTube and Netflix. And a trick that's never been done, sometimes there's a reason for it. It's often expensive or it's hard.”

“When I heard the first applause, it was a relief,” he says of the run-in shows he started in September. There is a part where I was afraid to go into the wall with that. There's a lot of money at stake.”

Luc Langevin had the idea for the title of his new show, Vérités, during the pandemic. “I had noticed that it was a word that often came out on the news and that often came out of the mouths of conspirators. It is a theme which is topical, which is rich in terms of illusion. An illusionist manipulates the truth.”

In his show, he notably connects a spectator to a polygraph. “I detect his lies. It's a more humorous number, but with a punch at the end.”

In another number, he lights objects from a certain angle and reveals things to the public. “With this I mean that the truth depends on the point of view.”

For the staging of this show, Luc Langevin called on Hugo Bélanger, with whom he had worked a few years ago on a Cirque du Soleil show in China. “I saw there how he staged the magic and how he worked with the constraints. […] It is probably the best director that a magician can have in Quebec and perhaps even for a good part of the planet.

Luc Langevin will have an end busy autumn with this new tour and the arrival of a little girl born in early October. “When we knew we were going to have a second baby, the tour was already scheduled. Not the best timing. These are times when I need to be alert and focused when this is where I sleep the least! But it's our second, so we know what to expect and we're less taken by surprise.”