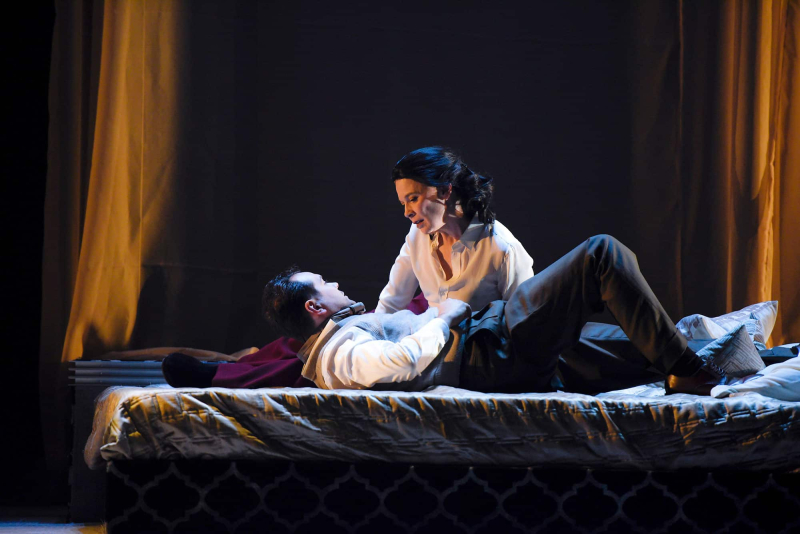 The great love story of the writer Albert Camus and his mistress, Maria Casarès, is rendered with nostalgia and finesse by actors at the height of their art at the TNM in the play I am writing to you in the middle of a beautiful storm.

Admirably played by Anne Dorval, the actress of Spanish origin characterized this relationship which began in 1944 and ended tragically in 1960 as an “encounter between bodies and words”.

This description fits perfectly with this work imagined by the playwright Dany Boudreault , which put in the mouth sections of the written correspondence of these two lovers.

In this staging by Maxime Carbonneau, the flame of Camus returns to their common destiny. Often separated because of their respective professions and the marital status of the author who was married and had children, these two lovers exchanged many letters which come to life before our eyes in a language that is altogether bourgeois and literary. /p>

Passion, the need for the other and fraternity are thus wonderfully expressed by Steve Gagnon and Anne Dorval. The latter was able to control her stage fright, she who was on the boards of a theater for the first time in twelve years. In particular, she passes with ease from sadness to lucidity in order to portray a nuanced character.

Even if this show addresses certain themes that marked the post-war era, such as Soviet communism, the Algerian war and existentialism, the ideas and positions of Camus are relatively little discussed. Certainly, his quarrel with Jean-Paul Sartre is treated, but this show above all gives way to the feelings shared by the two lovebirds.

All these emotions, which evolve over time, are richly put highlighted by original music by Antoine Bédard, as well as a bewitching sound envelope like those storms rumbling in the distance.

The show ends on a crescendo with the memorable speech delivered by Camus in Stockholm when he receives his Nobel Peace Prize, the accident that cost him his life (bravo for the visual effect!) and the scars left by this tragedy. The poignant finale mixes the anguish caused by the evaporation of a unique love with the melancholy of having lived it. A worthy conclusion to this beautiful union.