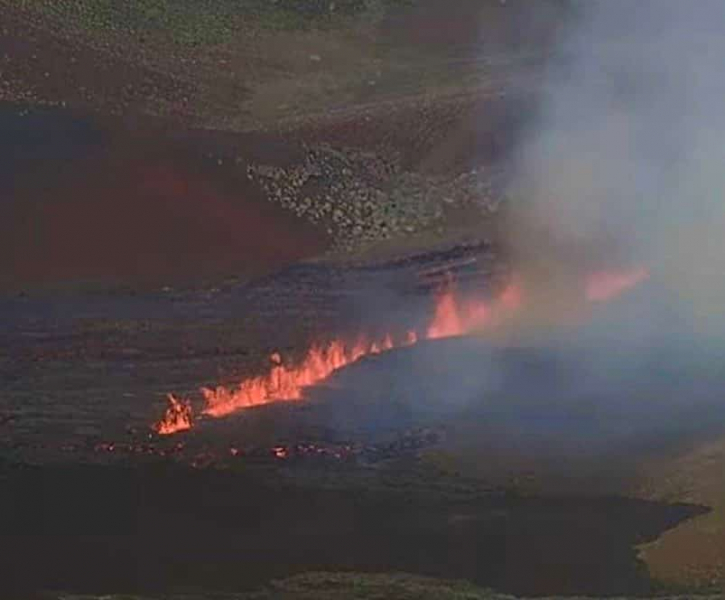 A volcanic eruption began on Wednesday near Iceland's capital Reykjavik in a fissure that was spewing steaming lava near the site of Mount Fagradalsfjall, where a volcano had previously erupted in 2021 .

The crack located about 40 kilometers from Reykjavik, with an estimated length of 300 meters, showed jets of lava turning into smoking rock as the material cooled .

“The eruption started near Fagradalsfjall. The exact location is yet to be confirmed,” the Meteorological Institute of Iceland (IMO) said on Twitter.

The institute later clarified that the eruption started in the Meradalir Valley, less than a kilometer from the 2021 eruption.

Despite the absence of an ash cloud, the institute considered it “possible that pollution could be detected due to gas emissions”.

< p>Gases from volcanic eruptions, including sulfur dioxide, can rise in close proximity and pose a health hazard or even death.

These types of pollution can also be carried by the wind .

On Tuesday evening, the Meteorological Institute had announced that the probability of a new eruption near Mount Fagradalsfjall “in the next few days or weeks” was considered “substantial”.

Since Saturday, nearly 10,000 tremors had been detected, including two with a magnitude greater than 5.

Contacted by AFP, Iceland's National Airports Authority said no flights was not affected by the volcano at the moment, adding that it was monitoring the situation “accordingly”.

“The risk for populated areas and critical infrastructure is considered very low and there has been no disruption to flights,” the Foreign Ministry said on Twitter.

More than an hour after the eruption began, a commercial flight could be seen flying low over the eruption site and heading for Keflavik, Reykjavik's main airport.

Mount Fagradalsfjall belongs to the Krysuvik volcanic system, located in the Reykjanes peninsula in southern Iceland.

Before last year, the Reykjanes peninsula had no longer been the scene of eruptions for nearly eight centuries, but Icelandic specialists point out that the region has entered a new period of volcanic activity.

The country experiences an eruption every five years on average.

The movement of these plates is partly responsible for the intense seismic activity of the p ays.